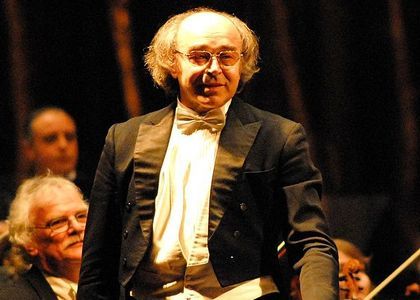 Wednesday, 21 January 2015 , ora 9.54
The Youth Orchestra of León held a special concert, in whose programme we could find a Romanian opus: the Concertante Symphony, by Dinu Lipatti, on 10th January, 2015. We found out further details on this event from the Argentinian pianist Alberto Portugheis, the organizer and soloist of the concert, who is a great admirer and promoter of Lipatti's music.

Alberto Portugheis, you interpreted the Concertante Symphony by Dinu Lipatti for the first time, accompanied by the Youth Orchestra of León in Spain, on 10th January. What can you tell us about this event?

The Youth Orchestra of León is a very young orchestra, which took shape last year, but it has already reached a very high level of development. It performs at an excellent level, benefiting from the administration of a very talented female conductor, who is also a very good cellist. Her name is Georgina Sanchez Torres and the orchestra manager is Margarita Morais, who is also the president of the Euterpe foundation, which is a very well-known foundation in León and organises a multitude of concerts for the youth. It also organises courses and master-classes, especially for the study of piano, but canto classes, too. In this context, the project of recording the Concertante Symphony and the Nocturne in F-sharp minor, Op.6, by Dinu Lipatti I came up with, was received with a lot of enthusiasm. I have had a very strong bond with Lipatti's music for many years because, firstly I have been a great admirer of his since my youth years, but back then I knew him only as a pianist. Later, I met his widow, Madeleine Lipatti, whose maiden name was Madeleine Cantacuzino in Geneva, Switzerland, where he lived and died. She too was a pianist and a teacher. I studied with her and she was the first person to show me Dinu Lipatti's scores and she told me that I would make her happy if I interpreted his music. Naturally, the moment I saw them, I added them to my repertoire.

I have had numerous occasions to interpret some of the composer's work. For instance, I played the Grand Fantasia, which was published not a long time ago, in Budapest, London, Geneva and in my country, in Argentina. I interpreted on first audition the Concertante Symphony in London, UK ten years ago.

Now I have the chance to interpret it in León, attaining my first audition of the work in front of a Spanish audience, while also recording it.

This is very interesting. Dinu Lipatti's music doesn't appear very often on the programme of the world's orchestras. How did this passion to promote it and to make it known worldwide arise?

To me, this is the musician's job. We mustn't interpret only very well-known pieces of music, but have to find works of great quality, which can be found quite hard and are rarely heard in concert halls and promote them. To me, this is very important and it is a major component of my artistic life. I did some research on the music of the past and discovered a large number of works of impressing value, but, at the same time, I discovered the creations of younger, or less yonger and very talented composers. Some of them even composed music for me and I interpreted it with great pleasure each time.

A lot of music has been forgotten or ignored, for various reasons. Some of them political - for instance, Jewish composers who went to concentration camps during World War Two left behind an impressing amount of written music, but this music was lost precisely because it wasn't meant to be known by the public at large. Little by little, this music has started to be rediscovered and recomposed and it is interpreted once again today. This is happening all over the world with composers who were oppressed by different political regimes.

A few years ago, I recorded an album with the music of the Spanish composer Elena Romeiro, who was the student of the great composer Joaquin Turina. She had a flourishing career during the 30's, but then the Civil War broke out and she and her husband had left-wing political views. That made her an enemy of Franco's regime, and when he came to the power all doors closed for her and her career ended. These kinds of things happen all over the world, unfortunately.

So, the interpreter's mission is to promote musical creations, no matter what political views its composer might have ...

Yes, it is important. The good music must be heard by the public. You have a bunch of people sitting in front of you who are eager to listen to well-written music. There are a lot of people who come to concerts and the problem is not that they could get bored of the known music repertoire, but that they have a great interest in discovering new music. It seems to me that this is the reason we have interpreters - there are people who can offer them something new.

What other projects are you preparing? We know that you will be interpreting againNocturne in F-sharp minor, Op.6, by Dinu Lipatti in London, on 26th January. Is there anything else besides this concert?

Yes, I will be performing at St. James's Church, which is located on the famous Piccadilly Street, in front of the Royal Academy of Arts, in London, on 26th January. There I will be interpreting Nocturne in F-sharp minor, Op.6, by Dinu Lipatti and after that I have several other projects in development. I will be performing in several Londonese concerts and after that I want to record another album, on which to include the Fantaisie for piano, Op. 8, by Dinu Lipatti. We hope to perform in concerts, accompanied by the Youth Orchestra of León, in London and Madrid, and to get to Bucharest. This is my biggest dream.

I have been to Romania many times and I even performed there, including on the stage of the Romanian Athenaeum, at Mihai Brediceanu's invitation, and I have been pretty much all over the country. My father was born in Romania, in Călărași and that makes me get even closer to the Romanian art and culture.