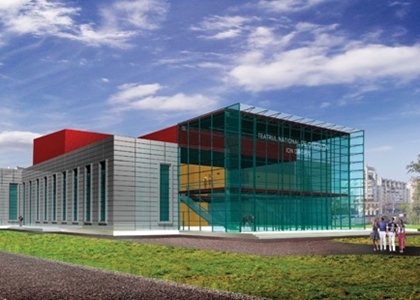 Interview with Răzvan Ioan Dincă, the Director of the Bucharest National Opera

Friday, 23 January 2015 , ora 10.01
The 'Ion Dacian' Operetta and Musical Theatre is opening a new head office. The highlight of the event will be the premiere of Andrew Lloyd Webber's Phantom of the Opera musical. More on this topic was revealed by Răzvan Ioan Dincă, the director of the Bucharest National Opera.

On Saturday, 24th January, The Operetta will open its new hall . What does this event stand for, in the evolution of this institution?

First of all, it's a historical restoration since, as you know, in 1986, during the Communist regime, Ceaușescu razed the Operetta's head office on the Dâmbovița quay. The people back then had to move the archives, costumes, sets in a week, improvising in the Studio Hall of the National Theatre. Up until two years ago, we've worked in the head office of the National Theatre, in an unfitting hall, in a hall lacking an orchestra pit, with improper acoustics, lacking the background required in order to unfold this sort of show, which is extremely complex. While the operetta and the musical are easily beheld and perceived by the audience, they are both incredibly difficult to perform by the artists, by the technical team, implying large, impressive sets, lots of costumes, lots of people on stage.

Such a stage did not exist until a couple of years ago, but it has been foreshadowed and a head office for us to carry out our artistic activity now exists. We are commissioning it with Phantom of the Opera - a show that can be considered revolutionary for Romania, since it's carried out in very good conditions for this genre - the most long-lived show of the musical genre, the best sold show in the history of musicals. We hope that it will live up to its international success in Romania as well.

It has been truly troublesome to acquire the copyright, because those people are very selective when it comes to this show's copyrights, that is, the right of it being acted in other countries than those where it already exists, and one of the criteria of this is that they want returns. In Romania, returns aren't that great, so this was not the argument that won us the copyright, but, that we basically unwrap this show in an interesting artistic and stylistic area and perhaps the owners of the copyrights also hope that it will be an important step for this area of Europe.

We are hoping to delight the audience, who are visibly interested in what is happening at the Opera and at its three components by relentlessly purchasing tickets. With Phantom of the Opera, we set up two shows, they sold out in fourteen minutes, and after we set up two more and advertised them only online, they sold out with just four people physically buying tickets, they sold out in less than two hours. There you go, the appetite for this sort of culture exists, it is intense, and we believe that we're slowly and steadily gaining a faithful audience, a satisfied audience.