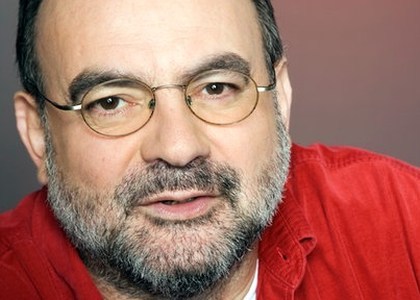 Interview with Bernd Hoffman - editor-in-chief of the WDR3-Jazz

Friday, 30 January 2015 , ora 9.40
On 30th January, 2015, the West German Broadcasting Corporation is organizing the awarding gala and the Jazz Awards winner's concert - 2015 edition, event which appears in the WDR3 Jazzfest's programme. We are proud of the fact that there is a Romanian among the winners and that is because the saxophonist, clarinetist and composer Nicolas Simion, who is a musician who has been living in Köln since 1998, will receive the Prize for Improvisation. Further details on the competition were given to us by Dr. Bernd Hoffman - the editor-in-chief of the WDR3-Jazz channel, the initiator of the competition and the president of the jury, in the following interview:

How is this year's awarding ceremony of the jazz channel of the West GermanBroadcasting Corporation (Westdeutscher Rundfunk)?

The competition has four categories and this year's edition is the eleventh. We give prizes for composition, improvisation, young talents and an award for one's entire activity - which will be offered to our journalist colleague, Michael Rüsenberg, this year. The competitors of the composition section wrote a work for a big-band and the winning work will be interpreted by the WDR ensemble - our international big-band. The winner of this year's prize for the improvisation section is Nicolas Simion.

Why did the jury choose this musician?

Because he is the best!

Can you give us more details on the whole developing process of the WDR-Jazz Awards?

Nicolas Simion sent us various materials; as a matter of fact, we received several application forms for the entire competition from approximatively 100 musicians. The jury had several members - the manager of the WDR Big-band - Lucas Schmid and a colleague of his, who had more experience in radio - Karsten Mützelfeldt and Waldo Riedl, the man who is in charge of the Domicil Jazz Club in Dortmund. I have to specify that the WDR Awards are part of the ample WDR3-Jazz Festival, which took place over the course of four days in Dortmund. The festival takes place in another town of the Land North Rhine-Westphalia and it includes the Prize for Improvisation which we already spoke about - and for which about forty musicians applied.

What can you tell us about the winner's concert?

There will be an evening dedicated to them, in the end of which the WDR Big-band will interpret the winning work of composition section. We will start with the young talents - in this case, the big-band of a music school from a small town near Köln, and after that, the end of the first part belongs to Nicolas Simion, who will improvise in from of the public, accompanied by an ensemble of musicians.