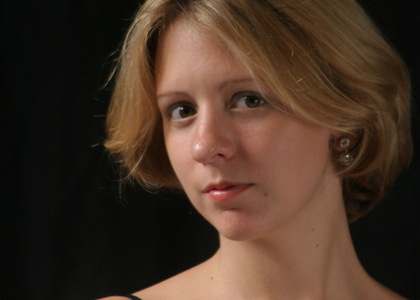 Karina Șabac is the Soloist of the National Radio Orchestra

Friday, 13 February 2015 , ora 9.19
The pianist Karina Șabac is the soloist of the National Radio Orchestra who will perform Concerto no. 20 KV 466 in D minor for piano and orchestra by Wolfgang Amadeus Mozart Friday, 13th February, 2015. The first part of the performance will be completed by Don Giovani's Ouverture belonging to the same Austrian composer. After the break, the audience will listen to the symphonic Suite Sheherezada with the violinist Virgil Zvorișteanu as the soloist. Tiberiu Soare, the principal conductor of the Radio Orchestras and Choirs, will sit once again behind the music rack.

In regards to the collaboration with the Radio's great symphonic ensemble, Karina Șabac declared:

We had a very inspiring rehearsal and we all listened to each other. Seeing Tiberiu Soare again was an amazing experience - we went to the same music highschool when we were younger and we belonged to the same generation. They are very passionate and dedicated when they are playing and they also have a very intense way of listening, which is very inspiring. I think it's risky as well, but still inspiring, because the result can be extraordinary. The programme was meant to be played on Valentine's Day, especially Don Giovani's Ouverture and the symphonical Suite Sheherezada.

How is this Mozart Concerto related to the rest of the performance ?

I hope it will be very nicely related. I think they go very well together. The Ouverture is in D minor, the Concerto is in D minor too. You see, this Mozart Concerto is not classical-baroque, it is a classical Concerto in Beethoven's style, especially in the late period. It has elements which can also be identified later, during Romanticism, and there are also structural elements which do not match the classical style, with four measures over and over again; sometimes there are five measures, other times one of the measures is missing. There is a lot of tension and also a lack of solutions, and I think that helps create a certain spirit which is appropiate in the performance's context.

Let us stick to Mozart's Concerto. How has your view about it evolved along your career?

Obviously, I grew up with it, like all the pianists. Once I've heard it, it has been a Concerto that I've always wanted to perform. The evolution... it is so difficult to talk about it... the recording can speak more about us then we can ourselves. I guess... for instance, I am currently performing contemporary music and I work for opera houses and theatres as well. I recently performed a chamber concert with a cellist from Berlin Philharmonic two weeks ago, and the songs were written by Britten and Anatol Vieru - sonatas. It was the music of the 20th century. I think that after having performed a modern repertoire for a long time you start to to realise that actually, these songs have a lot of classical elements, and when you get back to Mozart you start hearing Shostakovich. For example, the third part can be heard all over the quartets within this symphony. It is an extremely well known motif, and there are many motifs of this kind which are well hidden within songs and they are discovered later. You always analyse a song from the first time you hear it, but the more you play it and the larger your repertoire gets, the greater is the evolution of a perpetually changing view about it.

Do you have any message for the audience at Sala Radio ?

Let's go back to the question about the audience's role. In my opinion, going to a classical music concert or to a Concerto, listening to music which was conceived to be played at a concert hall, all these are individual choices. I know that many people go there to relax or because they had a though day or simply because they enjoy this kind of music, but it actually is an extraordinary thing which goes on exclusively within the mind of the listener.