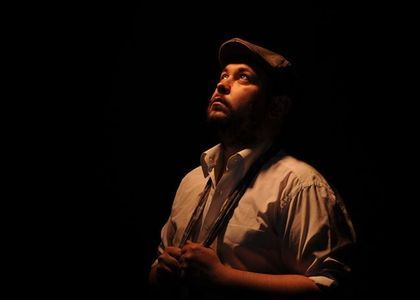 Tuesday, 17 February 2015 , ora 9.15
Bucharest Jazz Orchestra is performing two concerts on Saturday and Sunday, 21st and 22nd February, 2015, on the stage of the Jazz Book club in Bucharest, both starting at 21:00. With these two performances, the orchestra celebrates three years of activity and prepares the release its first album. The musical event is one of the most novel, because the public will have the chance to attend the recording of the concert and the resulting musical product is going to end up on a CD. We are given further details on the event by trumpeter Sebastien Burneci, who is the leader of the ensemble.

Bucharest Jazz Orchestra - a project which has been going on for three years. What is the story of this ensemble?

The story is very simple. I graduated from the Prins Claus Conservatory in Groningen, Holland, and one of the collaborations which I had whenliving in Holland and which brought me a great amount of joy was the one with the Amsterdam Jazz Orchestra. After I returned home I promised myself that, no matter what, I would initiate a similar project in Romania and the Bucharest Jazz Orchestra is the result of that promise.

You are celebrating three years of existence and preparing the release of the first album on this occasion. The music will be recorded during the two concerts scheduled to take place at the end of the week. Why will the first album be a live one?

I think that one of the great features of the project is the atmosphere which we manage to create during our concerts. I must admit that I initially wanted to record this album in the studio, but I gave up on that idea after trying to record three works and I realized I couldn't offer the public the same vibe we had when performing live and, of course, only those who came to our concerts could enjoy. I think that we can offer them what we have best by recording a live album and, of course, by sharing with them some of the energy built up during a concert.

What kind of music will this album contain? What kind of sonorities? Implicitly, what will the public attending the Saturday and Sunday concerts listen to?

We prepared a rather special programme, which will be available to the guests and where information on the musical pieces will be found; and by that I mean, not only their titles and composers, but also information on the musical structure, on who the soloist is and a little about the soloist himself. We very much want to get them interested in this concept. I would also have liked to attend such an event as a spectator, because that would mean getting to be part of this very documented and complete product. The playbill will contain, mostly, my compositions. My arrangement contains a few jazz standards and there are other three works, which comprise themes inspired from Enescu's creations, for which I made the arrangements with George Dumitriu's help as part of my bachelor's degree exam at the Dutch university where I studied.

Because I have kept an eye on his music for my entire life. There is a famous work which the trumpeters are familiar with - Légende for Trumpet and Piano - which I interpreted for the first time when I was a student in the eighth form. This is how I met my wife - when I was studying at the Bucharest Conservatory of Music. The work was on the list of the accompaniment courses and she chose to accompany a trumpeter and this is how we met each other. Of course, the national cultural value is represented, in a big way, by George Enescu's music, but I had a special chance to interpret this work, about which I was talking about. When I was a student at the Bucharest Conservatory of Music I interpreted the Chamber Symphony in E major, Op.33 a few times and it has remained a nice memory. There's another work in our programme, which was inspired by the Suite for Piano, which also means a lot to the relationship I have with my wife.

I am Sebastian Burneci, the leader of the Bucharest Jazz Orchestra project and I will be waiting for you to come to the Jazz Book Club on Saturday and Sunday, 21st and 22nd February, starting at 21:00.