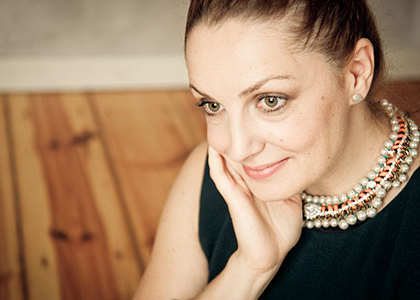 Recital by Mădălina Paşol - at the Romanian Athenaeum

On Sunday, you will be the star of a special recital, scheduled due to numerous demands from the public. What will those in the Great Hall of the Athenaeum listen to?

I've prepared a programme made of pieces that represent me, that represent my repertoire and the strong points of my piano skills; pieces by Sergei Rachmaninoff and Frederic Chopin. They are works that have a very special place in my repertoire, since they represent both me as a pianist and my personality.

What are the common points shared by these composers' music?

Rachmaninoff and Chopin are somehow bound by their art of composing, since Rachmaninoff drew a lot from Chopin. He admired Frederic Chopin a great and that is precisely why he wrote the cycle of preludes following the structure of Chopin's preludes. You will recognize plenty of models from Chopin's technique. Rachmaninoff developed them on the piano also influenced by the way in which instrument crafting improved along the years.

You are the president of the Institute of Arts, a project dedicated to forwarding young artists. According to you, why is such an endeavour necessary?

Because without young artists we'll never have future great artists. That's why I think it's a crucial endeavour. What we're trying to do at this Institute of Arts is taking art to unconventional places. Last year, we had a very nice project - we had a cabinet piano in a subway station; there were a lot of people there that had never seen a piano - if we can even imagine that something like that still happens today - and who had never actually talked to a pianist or an artist, thing that was very inspiring for most. Last year, we also had several events dedicated to young artists and, in general, to everybody. We're doing our best to connect with as wide an audience as we can and we're trying to get music closer to everyone's heart.

What are the future projects of the Institute of Arts?

We will try to fill the Bucharest public's summer holiday with different summer schools. Last year, we held a summer campus that was very popular and we'll resume these summer schools sessions. We'll have more summer campus sessions. Information on this topic can be found on the institute's website and will be published shortly.