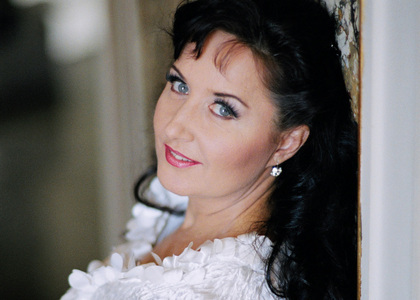 Thursday, 19 March 2015 , ora 9.14
Soprano Elena Moșuc will perform again on the stage of the famous Teatro alla Scala in Milan, this time in the role of Micaela from the opera Carmen, by Georges Bizet. Soprano Elena Moșuc talked to us about this role and about her future projects in the following interview:

Esteemed Madame Elena Moșuc, you are returning to the stage of the Teatro alla Scala in Milan, in the role of Micaela from the opera Carmen, by Georges Bizet. How did you receive the invitation to take part in this performance?

This invitation came from the new management of the Teatro alla Scala in Milan, it came from the intendant Alexander Ferera who, actually, had been my intendant in Zurich for twenty one years and who had known me very well. I have performed only Verdi on the stage of the Teatro alla Scala so far and we have always been successful with La Traviata, Rigoletto andLuisa Miller. We went on tour with the Teatro alla Scala members in Japan, in 2013. And, here I am, performing the work of another composer, Bizet's Micaela - a short, but very beautiful and always very successful role, and it gladdens very much the fact that I have extraordinary colleagues. Tenor Jose Cura with whom I performed in Turnadot in Zurich; and Carmen is interpreted by Elina Garanca. I have never performed with her; this is my first stage appearance with this very successful and modish mezzo-soprano, and I have known maestro Massimo Zanetti very well from Zurich. I have watched him conduct in a few productions; he is extraordinary, he knows how to accompany the soloists, the orchestra performs extraordinary under his baton, and I am really happy to perform accompanied by him.

We know that you will perform a new role in June. What is the role about?

It is Lucia di Lamermoor, by Gaetano Donizetti. I have two performances scheduled in June - on 8th and 11th June. I have performed in the role of Lucia since the beginning of my career. I made my debut with it in Iași, in 1992, after that I performed it in Zurich, and then on several other stages of the world and, here I am now, performing it on the stage of the Teatro alla Scala. It is a difficult role and it has always been difficult to perform Lucia on the stage of the Teatro alla Scala, but I hope there won't be any problems as it hasn't been any with Verdi. The loggionisti love me, I have always had the public on my side, and the members of the orchestra have taken me to their hearts … it is a very beautiful collaboration between me and a wonderful opera house, on whose stage, of course, every soloist dreams to perform, every soloist dreams to perform on the same stage Callas, Di Stefano, Caruso and every great opera singer did. I am very lucky, because I have succeed in getting on the stage of this opera house, which is, and I'm not the only one who thinks this, the Olympic of World's operatic scene.