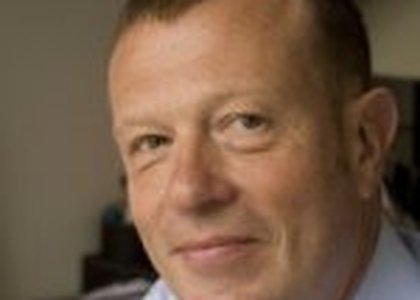 The Queen Elisabeth Competition in Brussels, the 2015 Edition

Thursday, 7 May 2015 , ora 11.47
Between 4th - 30th May, 2015, the Queen Elisabeth Competition will take place, under the patronage of Her Majesty Queen Mathilde of Belgium. Dedicated to violin players this year, the competition was initially intended by Eugène Ysaÿe precisely for these instrumentalists. The Belgian violinist, who was appointed Court Kapellmeister in 1912, under the reign of King Albert I and his wife, Queen Elisabeth, who also was a great music lover, wanted to establish a competition for young virtuosi, with a vast programme, which would include contemporary music and accentuate the technique and artistic maturity of the candidates. The competition's purpose: to launch the career of these musicians.

In 2015, among the musicians registered in the Queen Elisabeth Competition there is a Romanian violinist, George Tudorache. Born in 1987, pupil of maestro Ștefan Gheorghiu and a graduate of the Conservatoire de Paris, he is one of the best first violinists of the Orchestre Philharmonique Royal de Liège at present. Daniel Tudorache will perform on Saturday, 9th May, 2015, and his recital programme contains Impromptu Concertant in G-flat Major, for Violin and Piano, by George Enescu. Our composer's name appears once again in this year's edition of the Queen Elisabeth Competition as Korean violinist Um Danbi chose the Sonata No. 3 in A Minor ("dans le caractère populaire roumain") for the recital.

The general secretary of the Queen Elisabeth Competition, Michel-Etienne Van Neste, made time for an interview with Radio Romania Music. He explained, in the beginning of the interview, what his role within the competition was, as such, but not before addressing a few words to you, our listeners (and readers):

I would like, first of all, to warmly welcome the Radio Romania Music public. There is a solid classical music tradition in your country and to us here, in Belgium, it is very important to maintain a bond with all those interested in our competition -so, cordial greetings from all your musician friends and from the organizers of the Queen Elisabeth Competition.

I have been the general secretary of this event since 2000, but I have been working for this competition since 1988 and I have met a lot of extraordinary Romanian musicians - Liviu Prunariu and many, many others. I deal with the managerial side of the competition, alongside a group of seven people. I didn't study music at the university, but I studied music within an academy and I play the piano. I haven't continued my studies at the Royal Conservatory of Brussels. So, I am responsible for the management, for the general coordination, for the maintaining of some contacts, who might help us invite important personalities to be members of the jury, for the efficient providing of the information to the candidates and, once the names of the laureates have been announced, for efficiently promoting their careers.

The Queen Elisabeth Competition is devoted to a particular instrument every year. Why this structure, this desire to focus on a single instrument, and not more than one?

The City of Brussels has got a population of approximately one million, and if we were to bear that in mind, we would have a very beautiful number, of potential audience members, but this public is not 'infinite'. Thus, we must make sure we can offer our candidates the best environment to be listened to, which means a numerous audience present in the concert halls. We have the opportunity to enjoy the presence of the public - which has already arrived here, at the Flagey Concert Hall, where we are also recording this interview and where many seats have been taken since the first stages of the competition, as it has happened to the seats for the final stage of the competition, as well as the seats for the laureates' concerts, which will take place at the BOZAR, where the public will consist of more than 2200 people, and that without taking into consideration the number of media broadcastings, about which we will discuss a little later.

We believe that it is better to focus our efforts on a single instrument: that way we can organize everything better. By alternating the instruments, we can offer the public a wider variety of music and we can make better preparations for each edition of the competition. The type of the audience is different each year, because every instrument attracts a different kind of audience and of concert agencies. I have also noticed that if different sections of the same competition take place simultaneously, oftentimes some instruments are neglected by the audience: I had the chance to be in the audience of theInternational Tchaikovsky Competition and in the audience of other competitions as well, and, for instance, the seats in the halls where the piano section of the competition was taking place would fill completely, in the halls where the violin section was taking place the seats would fill almost completely, and in the halls where the cello and canto sections of the competition were taking place the seats would remain mostly unoccupied. By offering our public only one instrument each year during the four-year cycle - violin, piano, cello, and canto - we are certain that there will be an audience for every edition and for every candidate.

What can you tell us about the official accompanying pianists of the competition?

We choose the pianists who we will accompany the candidates on stage from among renown interpreters. We were particularly exigent regarding the violin section, because the violin and the piano repertoire are very difficult - the sonata is a very complex composition that is why sonatas are usually written for both violin and piano! We want to offer your violinists an accompaniment of very high quality and this is why we are very careful about whom we choose. During our competition, the pianists must really support their stage partners: it is important for them not only to be excellent musicians, but also to have the psychological capacity to offer support to the young instrumentalists and to encourage them.

Some moments from the Queen Elisabeth Competition are broadcast on the radio, television and the internet. Has the collaboration between this competition and various Belgian audiovisual media service providers already become a tradition?

The competition has had the chance of being supported by the Belgian radio institutes since 1937 - the radio was present during the two editions which took place before WWII started - in 1937 and 1938 - but also after the war, when the Eugène Ysaÿe Competition became the Queen Elisabeth Competition. This support is definitely owed not only to the high-level of the training of the participants and the prestige of the jury, but also to the popularity of Queen Elisabeth. The wife of King Albert I was born in a very-well educated, Bavarian family, which was very close to Eugène Ysaÿe, Albert Einstein, and theologian and philosopher Albert Schweizer, who were all personalities who contributed to the spreading of this competition's influence. Beginning with the '50s we benefited from the presence of the radio and television broadcastings, and since 1976, the television has become a faithful partner of ours, broadcasting reportages beginning with the first stages of the competition and broadcasting live the entire final of the competition. You can find us on the internet through live streaming on demand broadcast of the semi-final since 2001, which is a very important step towards the acknowledging of the candidates worldwide and towards bringing them to the attention of some professional institutions, which can hire them later-on - as well as to the attention of the media, of course. Also, we have been offering podcasts of the first stages of the competition. All the public sections of the competition are offered to the listeners through both radio-waves and the podcast system, which is available on the website of the competition or streaming live on demand.

The Queen Elisabeth Competition is available to whoever wants to attend it in the concert hall. How is the interest of the listeners for this musical event?

Except for the pre-selection, which is made through a DVD audio recording and which takes place in the middle of February, all stages of the competition are open for the public. A very large number of music lovers of all ages and all social categories have attended the concerts of the competition ever since its first edition. People who have a lot of free time, namely, the public that consists of a little older people, come to the section which starts at 15:00, but in the evening, the public becomes more diverse and the average age is a lot lower. Ever since the Flagey Concert Hall has held the first stage of the competition, as well as the semi-final, which started taking place in 2012, our public has broadened and it has been getting younger and younger. That doesn't mean that we no longer have the same respect for the older people' whom we welcome here - and for whom listening to a little music is very important socially, affectively and cognitively - to the Flagey Concert Hall, or to the BOZAR, subject to the availability of seats offered according to the building's infrastructure. As far as the younger and very numerous public concerns, we are offering them good attending conditions, such as free admission to the Flagey Concert Hall to the people below the age of 26 years-old and last-minute tickets, at a very low price, to the BOZAR.