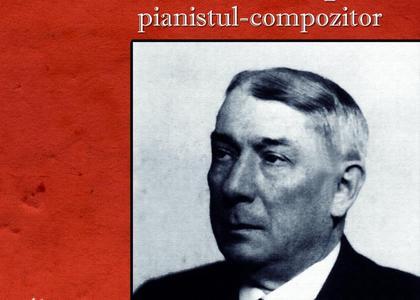 An Interview with the Musicologist Constantin Tufan Stan, the Author of the Book 'Liviu Tempea - Pianist and Composer '

The author of the book also talked to us about the other artistic events that are taking place on this occasion.

Dear Constantin Tufan Stan, there is a commemorative event taking place today at the
'Gheorghe Dima' Music Academy -the launch of a book that is meant to revive the image of an important musical personality. Who is he?

He is Liviu Tempea, a pianist who was Julius Epstein's pupil at the Vienna Conservatory. But Liviu Tempea was also interested in composing. He left behind a lot of works that we can listen to, including the Liturgy of Saint John Chrysostom, many piano miniatures, a few lieder and choral creations. Unfortunately, people nowadays have forgotten about Liviu Tempea along with many other names in the musical history of Romania.

You studied him. Which ones could be considered the main aspects of his creative and performing activity?

He was an exceptional pianist, with a brilliant technique. He was a contemporary of Aurelia Cionca. She confessed that she would often invite him to her house in Bucharest for the sole purpose of listening to his piano improvisations. She recounted asking Liviu Tempea on every occasion to perform a novelette by Schumann, which he did, in a unique fashion.

He was also a pianist at Kiriac's 'Carmen' Choral Society.He wrote music reviews for many newspapers, such as Sămanătorul and Revista Noastră. After that, he started working in Cluj - he led the Romanian Music Reunion and ended his career as a piano professor at the 'Gheorge Dima' Music Academy .

On the occasion of your book launch, there will also be other musical events. Can you give us a few details?

We thought we should illustrate the launch of this book - ' Liviu Tempea, pianist and composer' - which is prefaced by Simion Danilă, with a performance.

The Senior Lecturer Silviana Cârdu and the Assistants Mia Ioana Iuga, Alexandra Muscă and Ana Târsu will be performing instrumental miniatures for piano and three lieder. The rest of the compositions will be performed, as far as I know, for the first time.