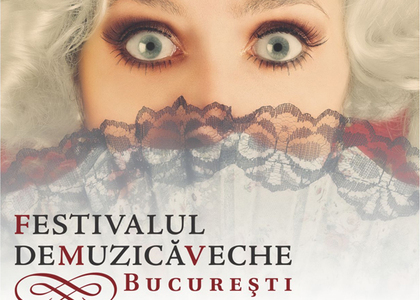 Tuesday, 20 October 2015 , ora 9.34
On 20th October, 2015 the Romanian Radio Hall will house the first concert in the 10th edition of the Bucharest Early Music Festival. The audience is invited to watch the European Union Baroque Orchestra, an ensemble conducted by clavecinist Lars Ulrik Mortensen.

Laurenţiu Constantin, Director of Medieval Praxis, which is the organiser of the series. speaks to us about this first event and its course:

The opening of the festival, at the Radio Hall, consists of a premiere: the first visit of the European Union Baroque Orchestra to Romania. We thought that this wonderful orchestra conducted by Lars Ulrik Mortensen would make a great opening for the event that celebrates Bucharest Old Music Festival's tenth anniversary.

The festival takes place until 28th November. What do you recommend to the audience during this whole time?

We have eighteen concerts and events within the festival. Radio Romania is a very important partner for us, as we open the festival at the Radio Hall and close it on 28th November, with the work Bach by Night performed by the Belgian group Il Gardellino, which will include in their repertoire The Musical Offering by Bach, a piece that is very seldom played in Romania.

There are also many concerts at the Cotroceni National Museum, such as Il Giardino di Giulio Caccini performed by Faenza, an early music ensemble from France. Then, there is the concert of Royal Fantasies, a viola da gamba consort, also at the Cotroceni National Museum, on 19th November. There are also the Sonatas for Baroque Violin and Harpsichord by Johann Sebastian Bach, performed by clavecinist Raluca Enea from Bucharest and violinist Melinda Béres from Cluj. And last but not least, we have a fresh and long-waited-for presence, even if not for the first time, the Romanian early music ensemble 'Trei Parale' which will perform Bazar a work with music from the 19th century bourgs and towns in Walachia and Moldavia.

I would also like to mention the openness of the festival to visual arts. This is something we have been doing for some time. Therefore, the visual art project called 'Bucureşti, oraş palimpsest' ('Bucharest, palimpsest-city') will take place at Curtea Veche, at the National Museum of the Romanian Peasant and Foișorul de Foc, between 6th and 8th November; its programme is associated to the Bucharest Early Music Festival.

We saved two of the best concerts, headliners of our festival, for last. Namely, "The English Muse," that will take place at Bragadiru Palace, on 1st November, a performance by British soprano Emma Kirkby and Swedish lutist Jakob Lindberg. Emma Kirkby is thought to be the best early music performer; this is her first visit to Romania, so we are really looking forward to her show. The penultimate concert in our festival is also a premiere; it's a performance by Slawomir Zubrzicki - The Sound of da Vinci. Hundreds of years ago, Leonardo da Vinci madea brief sketch of an instrument he had thought of, called 'viola organista' in his manuscript, Codex Atlanticus. Well, a few hundred years later, the Polish pianist Slawomir Zubrzicki managed to bring this instrument to life; he built it and made it sound like a proper concert instrument. This instrument, the viola organista, looks like a harpsichord, but sound comes out by rubbing the strings just like on the viola da gamba, which is why they share similar sonorities. There is also the air pushed into some tubing that gives this instrument a sound similar to certain organ sonorities. This viola organista will be presented and will come together with a concert at Bragadiru Palace, on 24th November. All the concerts and events of the festival start at 19:00.

It looks like there will be a vast programme in the 10th edition of the Bucharest Early Music Festival. In the end, I would like you to address an invitation to the audience to take part in these events.

You are most welcome to the concerts in the Festival! You are kindly invited to take part not only in a feast, but in a celebration of the early music novelty! We are not speaking of 300-year-old music, but music that was written three hundred years ago and which will be as vivid, actual and bright as it is today three hundred years from now.