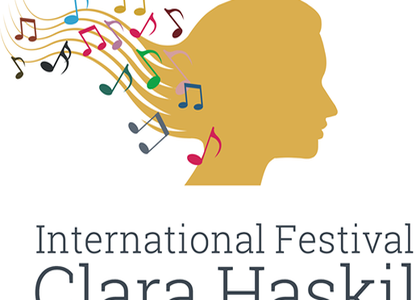 Monday, 26 October 2015 , ora 9.37
The second edition of the 'Clara Haskil' International Festival will start on Monday, 26th October, 2015. Every year, this festival brings many first-rate recitals and concerts, as well as an art exhibition dedicated to the great pianist Clara Haskil. The event's initiative belongs to Alina Azario, who talked to us about this year's edition:

'We are performing seven concerts during this year's edition of the festival, which will last until 2nd November. There will be a small break on 29th October. Compared to last year's edition, this one is made up of seven evenings, not only six. We're expecting as many audience members as possible at the Thalia Hall in Sibiu.

Which musicians will be performing this year ?

There are many foreign musicians, as well as Romanian ones that will perform along with each other. The Festival will be opened by Cristian Budu, the winner of the 'Clara Haskil' Competition in Switzerland, in 2013. Given the fact that the award was not granted in 2015, he is the last person to win this competition. I find the opening of the festival with a piano recital performed by pianist Budu to be a symbolic one. We are greatly honoured and delighted to have mister Marius Constantinescu as a guest. He will be the one to open the second edition of the 'Clara Haskil' Festival and the one to present it, too. On 27th October, our guests will be Ștefan Tarara - the violinist who won of the 'Enescu' Competition in 2014 - and pianist Mauro Lo Conte. These exceptional musicians will collaborate for the first time; I am very happy and thrilled that these two musicians will meet on the occasion of this festival.

Next, the Ukrainian pianist Volodymyr Lavryenko will hold a piano recital. He studied in western Europe, in Switzerland and Germany. He participates at this edition due to the fact that he won the Audience Prize at the 'Clara Haskil' Competition in Germay, in 2015. He is a very sensitive pianist with a rich artistic career who will perform on 28th October some works that are probably lesser known by the audience… He will play works both by Szymanowski and Chopin.

Pianist Alexander Schimpf will be the next performer. He has won at many international competitions so far and his career in the United States is highly developed, as he was the winner of the Cleveland Competition. He is specialised in Beethoven's music and he will enchant us with Sonata Op. 111, among many others. This is Beethoven's last sonata; I think that the audience in Sibiu will be very happy to listen to this work, especially considering that it will be performed by Alexander Schimpf, who will hold two concerts within this year's edition of the festival. He will also play along the Bucharest Symphony Orchestra conducted by Tiberiu Soare on 1st November. This is their second attendance at this festival, which I am really excited about.

We will also have the Arcadia Quartet as a guest once again on stage at the Thalia Hall. I am thinking especially about Quartet No. 4 by Bela Bartok; I can't wait to hear this work being performed by them.

The festival will end on 2nd November with Maia Morgenstern, who will honour us with her visit to Sibiu. She will partake in the festival by holding a 'reading concert' that will reveal Clara Haskil's story to the audience, as well as Clara Haskil's correspondence with Dinu Lipatti. Maybe the audience that is not so familiar with her life will get to know her better and find out about the sensitivity, kind-heartedness and generosity of this exceptional pianist.

How did Maia Morgenstern receive the invitation to this festival ? What was her reaction when you mentioned this project to her?

She was mainly enthusiastic. All the artist received this invitation enthusiastically and happily. One would expect the enthusiasm of fellow musicians, as we are part of the same branch, but Maia Morgenstern's enthusiasm was profoundly touching and reinforced my trust in this project.

I can invite the audience by guaranteeing that only elite concerts will be performed and the interpretations will match the main criterion that I imposed, which is a high standard. We do not wish the compromise the quality at all; I promise that the festival will be a special one compared to other ones in Romania, as we focus on shedding light upon chamber music. As mister Masius Constantinescu said using a beautiful metaphor, chamber music resembles a Cinderella of classical music, so I believe that this festival… I hope it will become well-known on Romania's cultural scene.