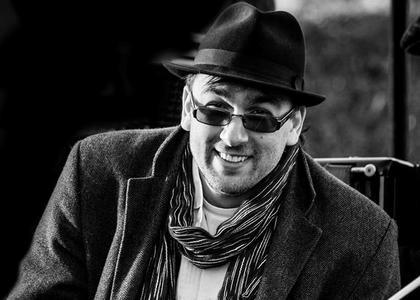 AUDIO. An Interview with Violinist Bogdan Văcărescu about the Violin and Piano Thrillers Album

Thursday, 17 December 2015 , ora 10.53
On the 9th December, the Romanian violinist Bogdan Văcărescu, a musician with a rich experience on the world's concert stages has released the Violin and Piano Thrillers album, an album with less known works from the creations of important composers. He was accompanied by piano player Julian Jacobson in a project about which we hear from Bogdan Văcărescu himself:

Dear Sir Bogdan Văcărescu, on the 9th December you have released the Violin and Piano Thrillers album alongside Julian Jacobson. How did this idea of making a CD come up to you?

I had this idea of making a CD since a long time ago, but I didn't have the possibilities to do it because I have always been very busy with other programmes. For almost fifteen years I have been a part of three groups which create different types of music. This year, I said that it must be done by all means. I had the support of several societies, actually I had the support of the Music Society led by Adrian Tuchel, called 'The New Europe Society' and I found another support on 'Kick Starter'. The theme of the CD is to incorporate works that are sung on a wide scale or works that are almost lost from the violinist repertoire. Beethoven's The Ruins of Athens is a song he wrote for an order. I have tried to find if someone had recorded it in the last fifty years and I couldn't succeed in finding any recording. Johannes Brahms's Hungarian Dance No. 17 is another rarely performed work. There is also a beautiful arrangement of Kreisler's, Slavonic Dance, which is well renowned for the orchestra, it is often performed, but almost no one performs it on the violin. I have also added works by Hubay, a Hungarian composer and violinist, and, obviously, works by George Enescu who is less known in England - I have recorded Symphony No. 2 in this CD.

Probably, these less performed works have made you pick the name Thrillers.

Exactly. They are some fantastic works which keep the audience on the edge of their seats, so 'thriller' was the right choice.

Where did the release take place? Was it released on the occasion of a recital?

Yes, a concert was held in the University of Cambridge, precisely, in the Trinity College Chapel. It's a real chapel, extremely huge, very beautiful. In that location, 'New Europe Society' has set up for me a launching concert. It was really beautiful. And I hope that next year I can personally release in London and maybe in Europe, too, because the CD is already on my site, Bogdan Văcărescu and Bandcamp and in the next month it will be released on Amazon and other major outlets, on the internet.