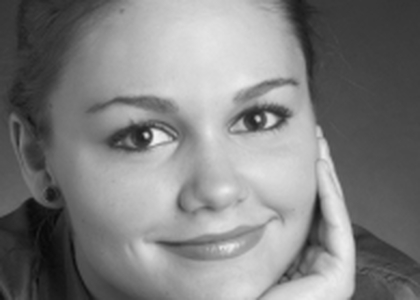 Thursday, 19 January 2017 , ora 10.35
During the manifestations dedicated to the National Culture Day, the Romanian Cultural Institute in Paris will present on the 19th of January 2017 a new musical event: the debute concert of the French tour francez "Musique roumaine à travers les siècle", dedicated to promoting in France the Romanian composers, a concert held by the pianist Angela Drăghicescu and the French violinist Virgil Boutellis-Taft. The event will take place at the Sala Bizantină of the Béhague Pallace and it will also mark a century of Dinu Lipatti. In an interview, Angela Drăghicescu said:

What did you prepare for the audience?

I'm very glad to be beside You, performing this recital which includes works by Enescu, the Third Sonata in a Romanian folk version, Danse macabre by Saint Saens, The Romanian dances by Bartok and of course, the premiere of the Sonatina for violin and piano by Dinu Lipatti. This recital will be held at the Béhague Pallace, with the help of the Romanian Ambassy, a project created by the Romanian Cultural Institute in Paris.

It's a recital with double meaning which also marks a century of Dinu Lipatti.

For me, this event is a special opportunity to present all the faces of his genre as a pianist, composer and proffesor. The young pianist loved to compose, doing it continuously during his life. His work as a composer played a great part in his dedication, obtaining a prize for this work in 1933 at the George Enescu composing contest, at the early age of 16. It's a superb work which is composed in a neoclassical style, with strong Romanian folk elements and it's sublime in its message of simplicity and nostalgia.

Tell us more about your partner on stage who I've heard is an exceptional violinist.

Indeed, mr. Virgil Boutellis-Taft is an exceptional violinist, renowned international, being from Paris. But he also lives in the States, having met him in Seattle five years ago. He approached me after a concert at a fundraising for some cultural societies in the States. He's a special man and a violinist who feels- although he's not Romanian- he feels and amazingly performs this language that is so different of the Romanian folklore and of the Romanian composers.

After this recital, what other plans do you have?

With the support of the Romanian Cultural Institute in Brussels, we'll go to Paris at the Espace Engore, this wonderful concert hall where will be playing the same songs. Then we have another special recital in London with the great Romanian violinist, Alexandru Tomescu. This recital in London contains other works beside the ones presented before, but of course, the indispensable Sonatina which will be played in premiere in London.