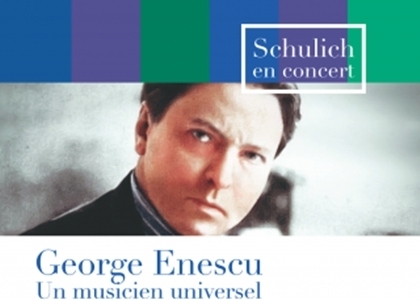 Friday, 3 February 2017 , ora 15.59
At the beginning of February in Montreal there will be a mini-festival, hosted by McGill University. The full program can be found on: http://www.mcgill.ca/music/channels/event/festival-george-enescu-universal-musician-261705

Details about the event provided us with pianist Ruxandra Oancea, one of its initiators.

Mrs. Ruxandra Oancea, from 3 to 5 February there will be a mini festival dedicated to composer George Enescu. How the idea of this event came about?

The idea of this event occurred many years ago, actually. Only now it could be implemented.

I've met Ilya Polataev few years ago, but he had already been in Romania, winner of the George Enescu Contest. When I arrived in Canada in 2008, I felt that I should promote Romanian music. We later met in 2011 and one time he told me that he would like to organize a festival of this kind. Last year I put on a paper a program and was accepted by McGill University. So it's for the first time in Canada when there is this mini-festival dedicated to George Enescu. An important role in launching this event was also violinist Axel Strauss, winner of the Enescu contest, who recorded with Ilya full of works for piano and violin at the Label Naxos.

In the festival there will be performed both, works of Enescu, but also of his contemporaries friends, musicians who influenced him.

Exactly, it is about four concerts. We thought that the music will be better assimilated, because we want to address not only the Romanian community that's very numerous in Montreal, but also to the Canadian public that we have seen over time that is eager to learn more about this music and I put it in a concept of four thematic concerts, so in the program appear and friends of George Enescu, Ravel example, Lipatti, Bartok.

He also was a pupil of Faure - Faure also appears in the program. He performed conducted by Brahms - and it appears in the program. We will sing a 4 hands arrangement of Rhapsody by Enescu, conducted by Marius Sireteanu. So professors at McGill and younger composers will appear on stage together and that seems very much in the spirit of Enescu, who wanted to promote youth and young composers. I invited a composer from the United States - Michael Gibson - who is also very influenced by Enescu's music and will present a song of his first concert.