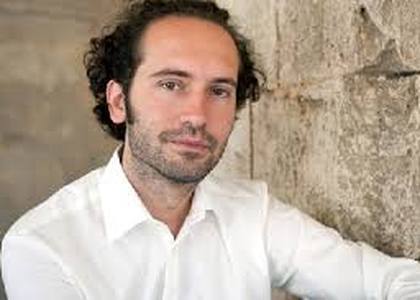 Interview with the violinist Răzvan Popovici

Wednesday, 22 February 2017 , ora 15.24
An entirely romantic programme for Friday, the 24th of February 2017, is proposed by the Radio National Orchestra and the conductor William Kunhardt, a musician who had won in 2014 the James Conlon award at the Musical Festival in Aspen, USA. As a soloist, we have the violinist Răzvan Popovici, known to the Romanian audience, and the clarinetist Thorsten Johanns who was given in 2008 the Echo Classic award for the year's best recordings of chamber music. The two musicians will play the Double Concert op.88 in E minor for viola, clarinet and orchestra by Max Bruch, in a programme which also includes the Freischütz-Overture by Carl Maria von Weber and the Fifth Symphony op. 64 in E minor by Piotr Ilici Tchaikovsky. With this ocasion, I talked with the violinist Răzvan Popovici who gave us the next interview:

On Friday, you'll reinterpret on the stage of Sala Radio the Double Concert for viola, clarinet and orchestra by Max Bruch, a composer you're familiar with. How would you describe your relationship with Max Bruch and especially with this Concert which we'll be listening on Friday?

It's a very beautiful relationship because Bruch had written very important songs for viola which is my instrument. I must mention that there are eight works for clarinet, viola and piano by Bruch which are, in my opinion, some of the most beautiful pages of chamber music by Bruch. Then there is a splendid Romanze for viola and orchestra, and this double concert for viola, clarinet or for violin and orchestra, a song which is also rarely played and extremely important for the repertoire in which we can find the viola.

As far as I know, you have worked before with the clarinetist Thornsten Johans...

Indeed. Thornsten is, like me, a member in the Raro Ensemble and we perform together in the entire world. We've met when we were very young, in the German Young Orchestra and after we haven't seen each other for about 15 years, somehow our roads crossed again and we started playing again. Then he became a member of the Raro Ensemble and so on. Since then, beside friendship, we're connected by a great, let's say, comradery.

Do you know Wililliam Kunhardt?

So this is going to be your first meeting.

What are your next plans?

From March there will be more and more concerts and tours. The first concert will be a very special one because I will be playing for the first time in the gorgeous Concertgebouw ball in Amsterdam with Ollie Mustonen, Christian Poltera, Phillipe Grafin and others. We'll reinterpret the Quintet with piano by Ollie Mustonen which I had played in the opening of the Sonoro Festival's previous edition at the Cotroceni Pallace. So this will be the first project. Then there will be the first two classes of Sonoro-Interferences of this this year. Last weekend I finished selectiong this year's scholarship benefactors and the first workshops normally take place in Montepulciano, Italy and the Culture Port Cetate, in South, on the Danube's shores, on the Danube's beautiful shores.