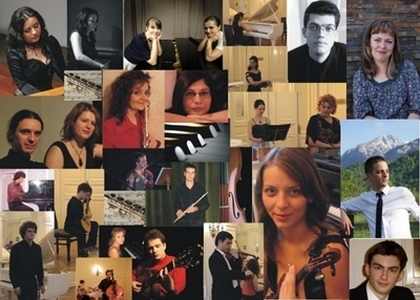 What will be the schedule of the current edition of the Hungarian Music Festival?

The Hungarian Music Festival, on its 13th edition, starts today at the Hungarian Institute in Bucharest. Five duos and ten solo artists have reached the final. Every evening, the jury, and of course, the audience, will listen to five contestants: pianists, violin players, flute players, a guitar player, and for the first time in the history of the festival, a marimba player.

What repertoire will the contestants be presenting?

We ask them to compete with a third of the 20-25 minute program being made up of Hungarian music. This year the festival is under the aegis of "The Kodály Year". He was a well known Hungarian composer and teacher, so of course there will be works composed by him, and also music by Bartok Bela, Liszt Ferenc. And it is the first time when someone is competing with a work by Erkel Ferenc. But, of course, there are Romanian composers as well. This year we are celebrating the Dinu Lipatti Centennial and there will surely be works by him in the participants' repertoire. From the Romanian composers, we cannot leave out George Enescu. And Dan Dediu and Mihail Jora will also be part of the program. There are various works by Hungarian, Romanian and international composers.

Who will be the judges?

For the first time, this year we will have Verona Maier - prorector at the National University of Music; Ecaterina Stan - music critic; from Budapest, Istvan Toth - the founder of the festival; from Radio Romania, Ioan Dobrinescu - composer; Makkai Gyongyver - musicologist, composer, and professor at the University of Arts in Târgu Mureș.

The public is of course invited to all three days of the festival. We should mention that the award ceremony will be on Friday, May 19th, at 6:30 PM, at the Cantacuzino Palace Hall. There is free admission. This is a festival intended to make us cherish both Romanian and Hungarian composers.