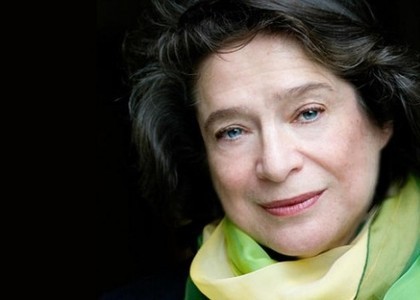 Elisabeth Leonskaja at the Romanian Athenaeum

Thursday, 17 August 2017 , ora 10.42
"Magic Summer" International Festival has reached last night its penultimate encounter of this estival season with the audience. Happily, that was a memorable one, especially because we had the chance to see the legendary pianist Elisabeth Leonskaja on the stage of the Romanian Athenaeum.

She sang along with the Romanian Sinfonietta Orchestra, which was directed by conductor Horia Andreescu. The artist enjoyed a very warm welcoming to Bucharest. The proposition for this performance was a quite curious one, Ludwig van Beethoven Piano and Orchestra Concerto no.3, which is not one of his most famous creations, taking into consideration that it was framed by Egmont Overture and the Fifth Symphony. However, it was a good change for the audience to hear a less known opus.

I must admit that during the first part I had the impression that the soloist and the orchestra were somehow disconnected, they seemed to be part of similar stories and yet, of different ones. We enjoyed ample extracts in light nuances, which gave the performance a slighty bizzare aura. The young musicians carried out their work with seriosity and dedication, they did their best and did not compromise themselves. The connection seemed to be re-established barely during the second part of the concert, to finally bring back the strong sonority, so typical for Leonskaja.

From the first chords and up to the bis, the audience has lapped up every single sound. I am now only left with a question, which I have also asked myself during another kind of concerts... Why, if you are in that room, breathing the same air with the artist, should you enjoy the concert through the screen of your phone, while recording? If this is why you came for to the concert, it is natural to do this, indeed. But if you came just to enjoy the music, why should you not do it completely? If you search on the Internet, I am sure that you will find numerous high-quality recordings. Why should you restrict your experience, just for the sake of bragging to some friends?

This is a question that I shall keep in mind when going to another quality concerts, too, most likely including the last concert of "Magic Summer", that is due to take place next week, when the National Youth Orchestra of the Netherlands comes to visit us.