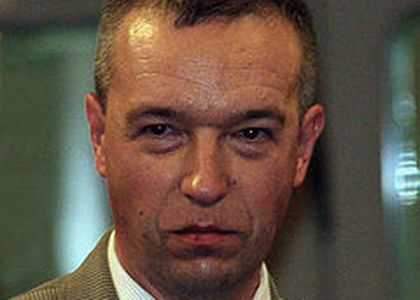 Interview with the musicologist Mihai Cosma

Thursday, 24 August 2017 , ora 11.23
Today, August 24, 2017, the International Festival "The International Grand Prix of Romania Trophaeum Artis Cantorum" will be held in Bucharest and Sinaia, organized by the National Museum George Enescu and the Russian Center for Science and Culture, coordinated by Mihai Cosma. I have learned details from the musicologist.

It is an event dedicated to the opera area, but especially to young people and their training and career opportunities for the future of young singers. We thought of organizing a festival that continues what we have begun in previous years with the competition Grand Prix de l'Opera. It is now in the form of a festival that marks three main events. At Cantacuzino Palace, and at the Enescu Museum will be an international forum with the participation of managers and program managers for young people in the world of opera. On Friday, it will be a masterclass, held by the famous Larisa Gergieva, who is no one other than the artistic director of the Mariinski Theater in St. Petersburg being without exaggeration a world-class personality. Let us think that Larisa Gergieva has been a jury member over 100 times so far in major international competitions. I think it is even a record as regards such a participation. Larisa Gergieva won only 20 times the title of best accompanist pianist in such competitions. So I think that the Romanian young people who have enrolled in this masterclass will have much to learn. The highlight of the festival will be on Saturday, a gala will be held at Peleş Castle, a concert with the best of the singers that Larisa Gergieva will choose from this masterclass. This festival benefits from important partnerships that really give it the international dimension. We are very glad to be supported by the Embassy of the Federal Republic of Germany, the Embassy of the Russian Federation, the National Music University of Bucharest, the Romanian National Opera House in Cluj and many other firms, companies and institutions, culminating with George Enescu National Museum, which is in fact, the producer and the institution that runs these projects.