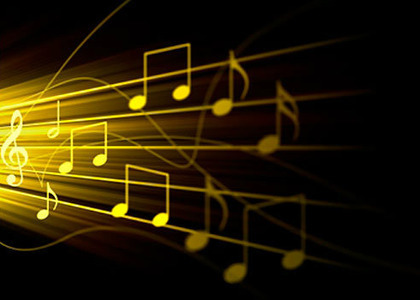 Pascale Labrie, on 27 November we celebrate 50 years of music exchange made via EBU. How do you think this element has changed the aspect of the radio and the entire media area in general, in the last 5 decades?

The first music exchange came up from the idea of the first musical leader within EBU, Hans Keller from BBC. He wanted to make the productions available to a wide variety of public. The great productions, which an institution could not realize by herself, Keller noticed that by joining forces with other Radios, they would be able to bring them to light. This was the philosophical idea behind the first music exchange, exchanges made regularly, from 1967 up to the present. This project developed and that made the musicians, performers, composers, to travel, on the air, all over Europe and beyond, because although we bear the title EBU, we have members from other continents too, as USA, Canada, Japan, Brasil etc. In this way, we managed to enrich the content of all participating radio stations, because they all put together their resources.

Did it also facilitate the cultural dialogue?

Yes, it made much easier, since musicians can be listened in other countries too. As we know, music is a universal language, and this is the easiest modality to connect nations, people, across borders. The idea remains the same even nowadays. Yes, EBU exchanges have changed the aspect of the radio. Of course, we are talking about immaterial things, but if the public is content, we are as well.

How much this date means?

In 27 November 1967, 50 years ago the first concert of the season Euroradio, took place in London, in the newly inaugurated Queen Elizabeth Hall. Benjamin Britten was the conductor, also the tenor Peter Pears and the quartet Amadeus have attended to this season. This was the starting point for everything. What is interesting to note is that Britten was chosen by Keller to direct this concert, though he was not open to the idea of broadcasting live via radio, at least at that time. He thought that the public should be in the hall, to get the full experience. Still, he accepted, and he became the first conductor of our musical exchanges.

Most certainly, the anniversary will be marked by a new concert. How were the musicians chosen for it?

The artists, soloists in this case, were chosen from the young generation, because we consider that they represent the future. We will have the pianist Pavel Kolesnikov, artist of the programme Next New Generation Artist, furthermore all three soloists were part or are part of this programme of BBC, one on a very high level. He will sing Concert no. 5 by Beethoven. This work was chosen by listeners all over Europe, because we made a poll, through the member institutions, and the audience has chosen the concert. Also, there will sing the young violinist Esther Yoo and the violist Eivind Holtsmark Ringstad, the latter won Eurovision Young Musician few years ago. We are excited to make them heard through the whole network EBU, in 36 countries.

We have one younger artist within this event, it is about the composer Dobrinka Tabakova, who wrote the work that opens the night. He is the new artist who occupies the position 'Composer in Residence' at BBC Orchestra. For this anniversary she composed the work Orpheus Comet. We are very happy because it has been many years since Euroradio commissioned a new work and we hope the audience will enjoy it.