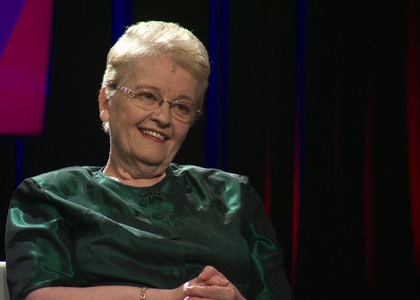 On Friday, December the 1st, the Romanian Radio National Orchestra will perform with the occasion of the Romanian National Day. The ensemble's performance will be conducted by Vlad Conta and will include works by George Enescu, Robert Schumann and Ludwig van Beethoven. The concert can be listened to live from 19.00 o'clock either on the Romanian Radio Music frequencies or online at românia-muzical.ro.

During the live performance you can also listen to some excerpts from Lucian Haralambie's interview with historian Georgeta Filitti. She spoke to our colleague about the importance of December the 1st 1918 and the political, social and musical context from the beginning of the 20th century. Below you can find a transcribed piece from their dialogue:

What should the National Day mean for the Romanians and how should we relate to the 1st of December 1918?

It is an important milestone and not only because of the one hundred year anniversary. This day should remain in our hearts and I do not want to upset anybody, nor do I want to start an argument when it's not the case. However, people who try to change this date for the simple reason that on December the 1st it is usually cold…I am sure that there are other significant dates in our history and we must also talk about May 10th because it impacts Romanian modern history. It is about the King's Day, but there is nothing, for God's sake, to stop us from having two national days. December the 1st should remain, however, Romania's National Day because we agreed to consider that it is the moment when all the Romanian provinces enter under the same leadership, the same rule of King Ferdinand I, the Unifier. It is a proof of patriotism, if you will a proof of national pride which is very good. The clot, the power that brings us together in a nation is precisely this patriotic feeling which we tend nowadays not only to ignore, to not even think about it anymore, but actually to despise it. If you start a discussion on the subject and say that you are a good patriot, many people will start to laugh. It is not possible! We can remain singular identities, citizens of the planet, we can be good Europeans, but in the same time we have to be good Romanians. It is a certain anchorage in a subtle feeling. There is something that gives you power, strength: "I have to be proud, to be pleased that I come from a certain country, nation". We are very willing to criticize. The easiest way is to sit comfortably in your armchair and say: "this is missing, the prices are like this"…But let's think a bit about the good things, about all the thesaurus of the past that means creation, creation and once again creation in every field, even though we can't talk about composers such as Bach or Beethoven. Anyway, we had extraordinary performers. Maybe this miracle called music has never been that important, that vital for a society as it was for the Moldavian one during the war. I believe that we have to think about December the 1st as a turning point in our history, as a victory, if you would like so, which should become part of the spiritual legacy that every Romanian has.