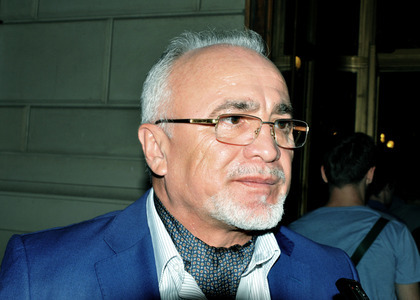 'Magical Winter' – a new concert at the Romanian Athenaeum

On the 17th of December 2017, the Romanian Youth Orchestra, conducted by Cristian Mandeal, will delight the audience with the 9th concert from the "Magical Winter" series. Supporting the event is Lanto Communication, and Dorin Ioniţă, the general manager, offered us more details in the following interview.

We are getting ready for a new "Magical Winter" at the Romanian Athenaeum. If you could tell the audience a little bit about the whole idea behind it.

We are talking about the 9th edition of "Magical Winter", the Christmas concert, whose producer is Lanto Communication, and we have been collaborating from the beginning with the Romanian Youth Orchestra and conductor Cristian Mendeal, who perform, in my opinion, a holiday repertoire, with works from Rossini, Haciaturian, Dvořák, Enescu, Brahms, Strauss, Sabin Păutza or Anderson. This year, the concert will be on the 17th of December, at 7 PM, and it will be recorded by Radio România, in order to broadcast it on Christmas day, on the 25th of December, at Radio România Muzical. I can also add that the concert hall is already full. We haven't had a seat left since the 3rd of October, but we do have the opportunity to watch it on the television. It will also by filmed by TVR.

Before we end this interview, could you tell us with what musical projects will you be delighting us in 2018?