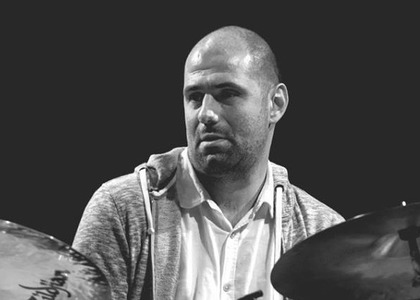 The concert on the 12th of December, at the Act Theatre, named Past and Present is a mixture of influences. How would you define them?

This is somewhat of a reunion between me and Sorin Romanescu. We worked together for a long time some years ago, from ΄99-2000 until 2006-2007. Then, we went our separate ways and we no longer had the chance to perform alongside each other. Now, because of the Jazz Season, we agreed on having a concert together. Basically, this is why it's called Past and Present, because, somehow, the repertory is made of pieces we've performed in the past, namely Sorin's compositions and standards from cool, hard bop and even bebop styles.

As you said, this is not the first concert you perform with the double bass player Adrian Flautistul and the guitar player Sorin Romanescu. How did this band come to be?

In the past, I've collaborated with the double bass player Vlaicu Golcea a lot, then with Arthur, who opted for studying abroad. He is still there. We decided that the best solution for this version of the trio is Adrian Flautistul and I. I've been performing with him for nine years.

Speaking of the evening programme, did you try incorporating something different, considering the growing popularity of Christmas concerts?

Our concert won't relate at all to the holiday season. It's going to be 100% jazz, nothing to do with this time of the year. I suspect there are plenty of popular jazz concerts this month, so we decided to do something different.

As always, we will take a break, so we have nothing lined up for January. We'll come back on the second Wednesday of the following month, with the traditional concert in momoriam of Michel Petrucciani. We've been performing this concert since the very beginning of the season, so for nine years. This will take place in February.