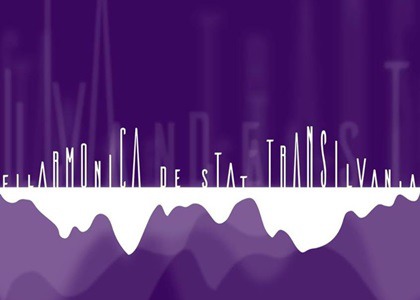 Transylvania State Philharmonic - concerts of the beginning of the year

Over the next two months, the Transylvania State Philharmonic will hold a series of musical events featuring notable guests, including three young pianists, winners of important international competitions: Josu de Solaun (the "George Enescu" International Competition, 2014), Daniel Petrică Ciobanu (the "Arthur Rubinstein" International Piano Competition, 2017), and Daniel Kharitonov (the "Tchaikovsky" International Competition, 2015). A unique vocal-symphonic program, performed for the first time ever in Cluj, and an acapella evening with the "Transylvania" Philharmonic Choir are only a few of the events offered by the institution for the 1st of February - 31st of March, 2019. We spoke to music secretary of the Philharmonic Orchestra of Cluj-Napoca, Oana Andreica, about the first concert, scheduled for Friday, the 1st of February.

The concert will be conducted by Mihail Agafiţa and will feature soloist pianist Josu de Solaun, who in 2014 won First Prize at the "George Enescu" International Contest. The program is composed entirely of Russian music, namely the Festive Overture and Symphony No. 1 by Dmitri Shostakovich and the spectacular Concerto No. 2 for Piano by Sergei Prokofiev.

On the 8th of February, there will be a vocal-symphonic concert with many pieces that will be performed for the first time in front of the Cluj audience.

It is a concert whose program I comprised of musical pieces dedicated to important historical events ranging from the end of the 18th century to the beginning of the 19th century. We went from this idea of having a vocal-symphonic concert with Missa in angustiis or Nelsonmesse by Joseph Haydn, and from there we made up the rest of the program. So, in Cluj, most probably during our first concert, the Wellingtons Sieg song by Ludwig van Beethoven and Tchaikovsky's 1812 Overture, which will be performed in an arrangement for the choir as well.In the second part of the concert - Nelsonmesse by Joseph Haydn. As guests, we will have conductor Horvath Gabor and soloists, soprano Aida Paval-Olaru, mezzosoprano Orsolya Veress, tenor Tony Bardon and bass Justinian Zetea.

A week later, on the 15th of February, Gabriel Bebeşelea will return to the conductor's stand in front of the Transylvania State Philharmonic. What is his vision for this concert?

Gabriel Bebeşelea is our main conductor and his idea was to perform in Cluj this symphony by Hector Berlioz, Harold in Italy, a symphony featuring solo viola, to which Razvan Popovici was extremely open. This is not our first collaboration with him, so he's happy to come to Cluj. Actually, this concert is dedicated to the memory of conductor Emil Simon; in February, it will be five years since he passed away. It is a very fitting choice of repertoire, because Emil Simon was a highly regarded performer of French music. Although the program does not revolve around this preference of Emil Simon, the inclusion of Berlioz's symphony fits well with this commemorative occasion.

Oana Andreica, March is also a month rich in musical events at the Transylvania Philharmonic. Who can we expect to see performing?

We have a lot of concerts in March. We will begin with a concert of incidental music that Mendelssohn wrote for Shakespeare's Midsummer Night's Dream, under the baton of Andrei Feher, who will take the stage again in Cluj. Then, a week later, Gabriel Bebeşelea will return, this time, with pianist Daniel Kharitonov, who won 3rd Prize at the "Tchaikovsky" contest a few years ago. Kharitonov is a young and extraordinary pianist who has already racked up quite the international reputation. This is his second time performing in Cluj.

After that, on the 15th of March, we have a sort of premiere, at least in the recent history of the Philharmonic, because we have included an exclusively a-capella event on Friday. The audience will experience our choir in a different way than in vocal-symphonic concerts, with an all a-capella program that will try to encompass all music written for a choral ensemble - classicalmusic, as well as related areas, like light music, pop and jazz. So it will be a concert that brings to the forefront the choir's versatility.

In the last two concerts in March, we will have as guests the pianist Daniel Ciobanu, who amazed everyone when he won 2nd Prize at the "Arthur Rubinstein" Contest, and during the concert on the 29th, the violinist Sarah Christian and conductor Stefan Geiger. Again, we offer very attractive programs: the Piano Concerto by Beethoven along with Symphony No. 1 by Brahms -on the 22nd, and on the 29th, Stefan Geiger has proposed Berlioz's Fantastic Symphony that goes well with Tchaikovsky's Violin Concerto performed by Sarah Christian.

These concerts are so different and at the same time so daring that it's difficult to say which one would be more exciting. Each has its own specificity and, if I were to choose, I would say ... surely these vocal-symphonic concerts, which contain spectacular pieces, those on the 8th of February, then on the 1st of March, during which we can listen to the entire score of Midsummer Night's Dream, which has never been performed before in Cluj. And, of course, every guest from each concert is worth our attention and our applause.