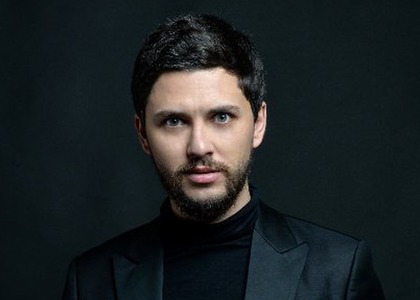 Between October 16 - November 22, the Days of Russian Culture in Romania are celebrated, a series organized by the Russian Centre for Science and Culture that proposes musical, cinematographic and theatre events. As usual, the opening of the Days of Russian Culture will take place at the Radio Hall on Thursday, October 17, starting at7:00 p.m.,when Iuri Medianik will perform - at the accordion,along with the pianist Eduard Kunz,who gave us the following interview:

Iuri Medianik and I will open the series dedicated to the Days of Russian Culture, during which there will also be events such as the one supported by soprano Antonina Vessenina and musicians of the Mariinski Theatre at the National University in Bucharest on October 19th. October 30th is a day which is dedicated to Russian cinema, and on November 15th-16th, the Russian Science and Culture Centre and the "Nottara" Theatre will host events dedicated to the Days of the Republic of Tatarstan, then the end of the series, the Russian Science and Culture Centre will organize a Russian book stand at the "Gaudeamus" International Book Fair, where it will present a specially edited volume for this event -"Russian Language Spelling Bookfor Children".

I am glad that for a few years now I haveperformed in the opening event; last year there was a solo recital in which two of my students went on stage as well, also at the Radio Hall, and I also fondly remember the recital with violinist Alexandru Tomescu, one of the most appreciated Romanian performers. This time I will perform with Iuri Medianik, a fantastic violinist as well as a conductor, who this time around will be playing the bayan.

What criteria did you take into account when designing the program for this recital?

I had two ideas for the program of this recital. The first was to introduce the bayan to a wide audience because, in my opinion, it is a tool that should enjoy greater appreciation. I don't know why, but there is almost no repertoire for the bayan; composers have avoided it. The second idea was to show the opposite sides of life; God and man, if you will. Bach wrote "The Well-Tempered Clavier" as a parallel to the life of Jesus Christ, from the Annunciation, to the Way of the Cross, the Crucifixion and Resurrection; I believe that the prelude and the fuguein the end show us what a small place humanity holds in this huge world. In the second part of the recital, comprised of music written by Scarlatti and Piazzolla, we wanted to focus on the human side. Scarlatti's music (a composer born the same year as Bach) had another purpose. It is the music of a genius, but it was intended for the parties organized by the Spanish monarchy, let us not forget that. And Piazzolla's music is about passion, pain, desire... this whole palette of human emotions.

I think it is interesting for us to explore, within 90 minutes, these two sides, which are, I repeat - God and man - both for us, the performers, but also for the public.

How difficult was it to approach the repertoire for piano and bayan?

I repeat, there is nothing written. There is no repertoire for these two instruments. In this recital we will perform the Bach pieces alternately. Iuri Medianik and I will have solo performances and I'm sure the audience will be surprised at how well the bayan can reproduce the sounds of an organ. Then, in the second part, the arrangements of the sonatas by Scarlatti are made by us, and Alexey Gurbatovhas helped us with the arrangements of the tangos in the program. It's an experiment after all, because we didn't have scores to begin with; we had to homogenize the sounds of the two instruments. We have been discussing for several months and have had a week of intense rehearsals, but the result is something special.

Can your recital on Thursday, October 17 be regarded as an atypicalone, considering the scene you will be performing on and the audience at the Radio Hall?

Perhaps from the point of view of therepertoire for these instruments, yes, because in a regular recital you would almost never find the piano and the bayan in this formula. But we're not changing the music we play. We haven't changed any theme in Scarlatti, any note. And in Bach's scores, Iuri hasn't changed any voice... it's just music produced by a combination of sounds that hasn't existed so far.