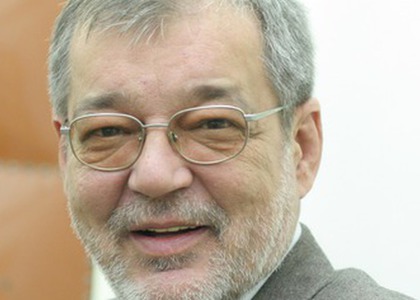 Interview with Marius Tabacu, director of the Philharmonic in Cluj-Napoca

Mr. Marius Tabacu, make a proposal, at least interesting in this ongoing edition of the Autumn Cluj Festival of Music from traditional music to vocal-symphonic concerts, the public has to choose from the program. Please recap, in a brief synopsis, what is happening concretely in 2019.

It is an annual festival. At one point, when he saw our program from previous years and I told him what our budget is, a guest artist said that we are doing wonders,tricks, that it is impossible! Look, it can be done, which does not mean that we encourage competent forums to leave us behind, as they did before. But look,that we can have a day concert, two weeks in a row and gather the audience,the halls are always crowded, which we enjoy more than much. I could not do a synopsis of the whole festival, because it is very, very varied, thank the Lord. This is, first of all, the work of the girls from the Artistic Team, in front with Oana Andreica, whom I greatly admire and Iam proud of every time I call her name. I also wonder how we managed with so little money to put together such a program, that I feel proud to be the director of such an institution.

Indeed, there are at least a few very famous names, Bruno Mantovani (who comes as conductor, it is true, but it is probably a first in Romania), two very important quartets, including Arcadia. Also, I think I also saw pianist Simon Trpceski in the program. In the last part of the festival, what do we have to choose from what you propose in Cluj?

I should look at my papers, because I don't know either, nor do I want to make a list of names, because I'm afraid I will forget, I will miss the most important concerts, although they are all important to us, they all involve the same amount of work and it would be very unfair on my part to miss any of them. I know that I will attend almost every one, not only because it is my job, so to speak, but also because I am interested in concerts with very, very interesting music. For example, the one on October 18, with Bruno Mantovani as conductor, the program of the "Duende" Blues Quintet, the one with Macedonian music, which is also a very exciting program. I tell you honestly, I am not very familiar with Macedonian music, now I will taste at least what is happening in the Macedonian musical realm; and, of course, the closing concert of the festival is very, very interesting.

Under the sign of Berlioz, 150 years after his passing into eternity and with his representative work, "Faust's Damnation", on October 25th.

Yes, but how can I say, for us, the whole season is a festival. The whole season demands the same amount of work, the same attention and, every time, thank the Lord, the concert hall is almost inadequate, which we enjoy more than most - and I hope this will also happen in the future.

But the Cluj Philharmonic still needs a new venue, a new concert hall, as far as I know. Are there any plans for this, are there any talks?

It was discussed at one point, the plan exists. The problem is, as always, as most often, the money. And yes, the project exists. It was an architectural competition won by a company from Bucharest and waiting to materialize.

But realistically speaking, do you see the possible emergence of this new concert hall in Cluj 20-30 years from now?

Who knows what will happen in 20-30 years? I don't know if there will be funds for that. In any case, I'm also anxious about the future concert hall, if it will be errected one, because it is one thing to make a building, to make a house for which you know the parameters, you know how much money you need so that people live civilized there and it is a different thing to design a concert hall, which not only has to be built, it also has to have good acoustics and this is a very, very delicate problem. As far as I know, I do not want to , to make predictions, the acoustics of a room cannot be simulated on the computer. Probably there are people better than me who know how to simulate acoustics. I, as far as I know, cannot simulate - and I hope they will not hear from the competent forums, who will have yet another reason not to appropriate funds for the philharmonic.

Let's hope that this project will materialize and, for a start, it is good that at least the project exists. Mr. Marius Tabacu, we support you and all the events of the Cluj Philharmonic.