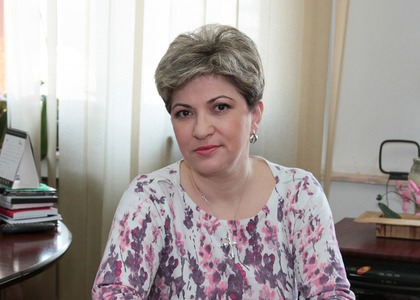 On the 6th of November, you are invited to Cotroceni National Museum, where our station organizes the event known as The Silvestri Phenomenon. A Portrait of the Conductor, Composer, and Pianist.This event comes in anticipation of a similar one, in London, where a round table about Constantin Silvestri will be moderated by Liliana Staicu, director of the Romanian Radio Orchestras and Choirs.

2019 marks the 50th anniversary of Constantin Silvestri's passing. On the 6th of November, at Cotroceni National Musem, Radio România Muzical is organizing an homage event in anticipation of a similar one in London. Why London and what are the highlights of the King's College event?

We previously stated that the Romanian public could also enjoy a Silvestri event, organized by Radio România Muzical at Cotroceni National Museum, on the 6th of November, 7 p.m. What will happen there?

It will be the London event on a smaller scale. We will have the opportunity to see and hear in Bucharest some of the people who will attend the event in London, namely the director of archives at King's College, conductor Nicholas Braithwaite, previously mentioned as Silvestri's assistant at Bournemouth, and the two greatly accomplished Americans amazed by Silvestri's personality: sound engineer Glen Gould and film producer, Bunny Laden, together with Anda Anastasecu, who will also play the three piano suites in Bucharest.

So let's launch this invitation to our listeners as well.