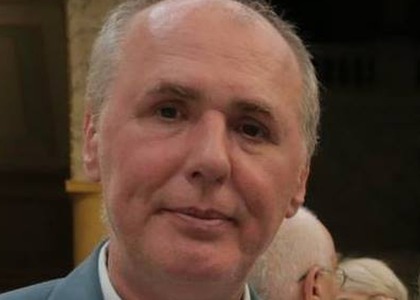 The exhibition "Electrecord - Romania in Vinyl Covers,"dedicated to the largest and oldest audio recording company in Romania, Electrecord, presents its own history on Friday, at the Muntpunt Library, in Place de Monnaie no. 6, from Brussels. The public will be able to visit the exhibition from the 26th of October to the 20th of November, 2019. As for this event held during the Europalia Festival, I spoke with Horia Barna - artistic director of EUROPALIA Romania.

The exhibition represents not only the history of Elecrecord, a national brand but indirectly, the history of Romania seen through record covers and music on vinyl records, which was a wonderful idea, that I worked on togethe rwith Mihai Zgondoi. He is the supervisor of this exhibition, together with Belgian partners from International Europalia. We have two elements to account for this: covers made by great artists, which are currently made. These artists were then beginners and collaborated with Electrecord in cover graphics, visual artists. The artists are Ion Bițan, Ana Golici, Ioan Dan Mihuleac, Marilena Preda-Sânc,and Decebal Scriba. They were those who confirmed, 40 years later, that the ywere great artists. One of them has passed away in the meantime. Those still alive gave some interviews about what it was like then, what happens now, with the current director, a living history of the Electrecord. Then, composer Vasile Șirli, who was the artistic director at Electrecord, during the 70s-80s, talked in an interview about what it was like then. Like other similar institutions that want to make propaganda, with patriotic music, choirs, old music, let's say stalinist one, somehow, from the'50s. In any case, you can see and listen to the exhibition from some quad cords over the phone,and you can listen to music of all kinds. You can see the interviews of these great artists and their testimonies with English subtitles. There is also a short film about Electrecord, presented over time. We are talking about a very special thing, which would be ideal to come after this Europalia Romania Festival, in Bucharest and other parts of the world, through our cultural institutes abroad.

The public will be able to visit the exhibition, starting on October 26th.

That's true. It starts on a Friday, a visit, a preview show, as he calls it, and from the 26th it starts, almost a month, until November. You can visit Muntpunt, in Brussels, near the opera in Brussels, a space that Dan Perjovschi, the visual artist, so ingenious and humorous, will decorate with symbolic drawings about Europe, about Belgium, about Romania, about our life now. It is good that there are two types of visual representations that illuminate each other. The people here are very curious, the public is varied and interested, and the positioning of the place, this library, Muntpunt, in the pedestrian area of the center of Brussels is very appraised and suitable for something like this.

Therefore, the public will have access until the 20th of November 2019, but the drawings made by Dan Perjovshi will be admired until the 15th of December.

Yes, the drawings will remain there. It would be a shame to be wiped out. Usually, the windows are clean, and they are not covered. However, Dan did them, so the library management can allow them for the public because I repeat, it is a pedestrian area, with very intense traffic, especially at the end of the week, and Dan's drawings are, as always, very interesting and suggestive.

Please tell us, is this exhibition open to the public for free?

It is free. This is a festival, but this exhibition has free access. Also, access to the library is free. The 250 projects and events, which take place in the four months, from October to January next year, are also free. It is, however, the largest and longest artistic cultural organization, which brings Romania to the forefront, starting with Brâncuși and ending with literature, film, good quality music,and theater, very interesting exhibitions, including the one that follows on the 7th with the pop opening in Liege, in November. This exhibition speaks to the Belgians and not only tot he Western Europeans, about the Neolithic in the Romanian area, in the southern Danube, as we may call it, and which will show them the true roots of the European population, cultural Cucuteni, Tărtăria and all the elements with the collaboration of the National Museum of Direct History and many other museums in the country.