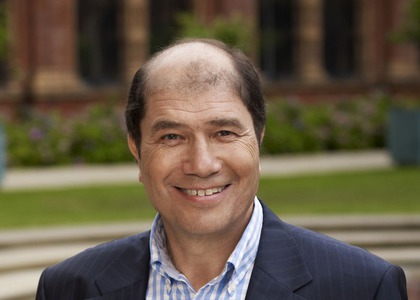 Composer and BBC Radio 3 presenter, Lord Michael Berkeley was one of the guests of the event dedicated to Constantin Silvestri, held on November 2nd at King's College in London.

Lord Berkeley, how were you first introduced to Constantin Silvestri's creation?

First off, as a child. My father, composer Lennox Berkeley, wrote a String Serenade that I think I may have heard performed under Silvestri's wand. In fact, I am sure of this, because my father used to listen to his concerts. So he was a figure present throughout my childhood. Then, later, Anda showed me his creations and I was fascinated. I think Silvestri is a sonorous somponistic voice, besides being an excellent conductor.

What characteristics would you award to Silvestri's creation?

From the first moment I was introduced to his creation, I set a very strict rule, namely to look at the score before listening to the music. So I initially listened to it in my head. I thought it had a certain kind of fluidity, which reminded me a little of the Romanian folklore, which I know in part. But at the same time, it had an immense rhythmic power and an interesting tonal ambiguity. I couldn't tell whether a certain fragment is in a certain key or another. I think he is a composer who, as he did în his art of conducting, pushed all limits in his wish to explore a new sonorous world.