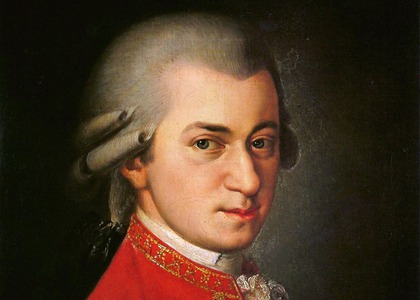 Interview with Silvia Sbârciu – the president of the Romanian Mozart Society

At its 29th edition, the "Mozart" International Festival held in Cluj-Napoca will take place between the 15th and the 22nd of November. As a tradition, the Romanian Mozart Society is in charge of organizing the festival, together with the Transylvania State Philharmonic and "Gheorghe Dima" National Music Academy.

For the first time, at this year's edition, the Performance Contest will be at an international level and will be dedicated to the piano. Essentially, the pattern will remain the same, since the people from Cluj-Napoca have already got used to it - two symphonic concerts, recitals and mastery courses, the "Leopold Mozart 300" conference, as well as a special projection of the "Amadeus" movie, directed by Miloš Forman. Silvia Sbârciu - the president of the Romanian Mozart Society - talked about this year's edition of the "Mozart" Festival.

Who are the guests at the 29th edition of the "Mozart" Festival?

At this edition, the piano is the protagonist. We try to offer a different identity to each edition of this festival. This year, each concert will revolve around the piano. Therefore, the two soloists - the one who performed yesterday, as well as the one performing next week, at the closing concert - are pianists. At the conductors' desk of the Transylvania State Philharmonic Orchestra will be two conductors whose careers are developing fast: Serghei Simakov at the opening concert and Elizabeth Askren at the closing concert. However, we will also meet Gottlieb Wallish, which will be there for a recital-conference during which he will explain the differences between the modern instrument and the historical one. There will be a piano and a fortepiano recital including works by Mozart, Beethoven, and Schubert.Then, in premiere, we will meet the three members of the Transylvanian Piano Trio. Nevertheless, we have already met each of them individually, since they have already been guests at the "Mozart" Festival: Aurelia Vișovan - a pianist, Octavian Lup - a cellist, and Vlad Răceu - a violinist. During the second to last evening, we will listen to a duo de lied consisting of KarolaTheill, the pianist of the famous Fischer-Dieskau who also sang with the most important voices of that time, and CozminSime, who has a great career now and who won the "Mozart" Performance Contest several years ago. On the 21st of November, we will also meet Petra Somlai, performing a fortepiano recital. And then, just like I've said, we will enjoy Mozart's Piano Concerto No. 21 in C major performed by Christophe Alvarez, and the conductor Elizabeth Askren. During the closing concert, the audience will also have the opportunity to listen to "MissaTrinitatis" performed by the Transylvania State Philharmonic Chorus accompanied by the Transylvania State Philharmonic Orchestra.

Basically, this is the program. There will also be a conference on the 20th of November, entitled "Leopold Mozart 300". We're trying to celebrate 300 years from the birth of Leopold Mozart. The conference will be very interesting for both the connoisseurs and the general public since it will cover different topics. On the one side, there will be topics strictly related to music, and, on the other side, topics related to the issues that a gifted child may encounter, as well as to his/her relationship with the parents, the teachers, the society, and, especially, his/her parents' relationship with the child - in short, a lot of aspects concerning the way in which a gifted child's destiny and character should be built.

I would like to come back to the mastery courses. You have already mentioned one of them. There will be four. Who will be holding them and who are they intended for?

The mastery courses are intended for the young professional musicians - for the students and the young musicians, in general. Basically, these are piano courses, but there will also be Karola Theill's lied course, a duo de lied one. Therefore, it will be interesting for young singers, as well, because they will be able to understand what exactly duo de lied is about, in this extremely subtle chamber group. Gottlieb Wallish will hold the course about piano and fortepiano. But he will not be the only one. Denis Pascal, the protagonist of the opening concert, will present a mastery course for the piano, as well. Moreover, the participants will not perform only works by Mozart, they can also come with different repertoires. However, our guests are specialists in Mozart's work, as well as in historical interpretation. Therefore, we advise the participants to come with a prevailing classical repertoire.

Yes, for the first time, it is held at an international level. Until now, its 25 editions were national ones, but since we had a lot of applicants and since the repertoire is so interesting and people become more and more interested in Mozart's music, we decided to internationalize the contest this year. It will have two stages. The repertoire is sensibly bigger than it was before. This is because the first stage will consist in the songs of the first two stages performed so far - two sonatas by Mozart or a sonata, and a rondo, as well as a sonata and a theme and variations - while during the second part, the closing one, the audience will hear one of the three concerts KV 413, 414 or 415, the ones which are less sang and which haven't been performed by a lot of young participants yet. They have learned these especially for this contest. The songs will also be accompanied by In tono Quartet, which appeared several years ago and which was awarded First Prize at the last year's "Mozart" Performance Contest.

And, finally, I will ask you to invite the audience to attend the events during the festival!

I hope we'll have as many guests as possible. I would be very happy to see the young public there, because Mozart's music is absolutely gorgeous and extremely accessible to the general public, on the one side, and extremely complex to the knowledgeable audience, on the other side. His music seeks to discover interpretive subtleties in our guests' performances.