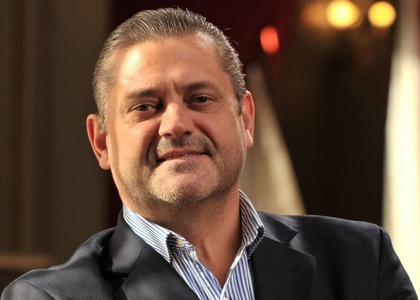 "O scrisoare pierdută" by Dan Dediu and the concert "Românește" are thetwo events that are aimed to celebrate two important dates: 30 November and the 1st of December, the day we celebrate the National Day of Romania. I spoke with the director of the institution about the two events:

Stefan Ignat, I invite you to talk about the events that will take place on these two days: on the 30th of November and 1st of December. Saturday is the day when "O scrisoare pierdută" by Dan Dediu will return on stage.

We have the joy that this year we will be able to organize a show and a gala concert on the 1st of December. It is our pleasure to rejoice and to feel pride in our soul for the fact that we are Romanians. "O scrisoare pierdută" by Dan Dediu returns with a completely new distribution. Not all, but the main roles are new. It is a sparkling story that we present and of course, we invite the audience to attend both concerts. I want to tell you that they are made with our own forces. The distribution is completely from the Bucharest National Opera House and the concert is also with the beautiful voices of our singers. Only the conductor is invited, also a Romanian, Mihnea Ignat, and the directorial concept is by Cristina Cotescu. The most important artists of Romania will take part in this concert and I can say that it will be an event at least as beautiful as last year's.

The concert is entitled "Românește". We will only hear Romanian music during this concert?

Let's come back for a bit at "O scrisoare pierdută". What is the reason that we don't find it more often on Bucharest Opera House's posters?

We will find itfrom now onbecause as I told you, the distribution is completely new. People had to to learn theirpart. The set up is hard, but we will find the resources we need to put it on stage. I told you, because now it is a kind of premiere for many of the protagonists, for example Tipătescu debuts, Pristanda debuts, Zoe Trahanache, Agamiță Dandanache , so it is not simple at all.

How was it received by the public?

The music is truly beautiful. The play is musical, it has pages. It has whole Romanian pages, with Romanian music, folk music.

What are you planning after those two events dedicated to the National Day of Romania?

We have many surprises. We will stage "Turandot". We have it now, as a semi-concert, but it will be a completely new production. "Coppelia", in the spring and at the end of the season we will put Simon Boccanegra. We also plan to open the next season with the "The Flying Dutchman" or with "The Pearl Fishers", we do not know it yet and the list could continue.

For these new production do you consider to invite people from outside of Bucharest, from other countries?

At the premiere of "Turandot" we invited Maria Guleghina. It is an important name for the public in Bucharest and beyond. We have also invited directors, set designers, to put on a show big as The Bucarest Opera House deserves. The public likes this freshness.