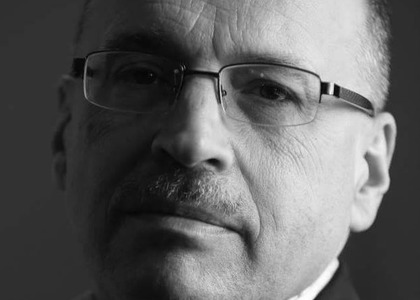 Interview with Iosif Ion Prunner, conductor of the Choir of the „George Enescu”Philarmonic

Tuesday, December 3rd, 2019, starting from 7 PM, the Choir of the "George Enescu" Philarmonic and the vocal group "Bucharest Singers", will hold a Christmas concert in the Great Hall of the Romanian Athenaeum.

Accompanied by the organ player Simona Săndulescu, the members of the "George Enescu"Philarmonic will present a programme that contains both Romanian and universal works, and the choir conductor will be Iosif Ion Prunner, whom you will be listening to in the following interview:

In the concert on December, 3rd, the Choir of the "George Enescu"Philarmonic will be interpreting both Romanian and universal musical works. What did you have in mind when planning your programme?

First of all, we intended to offer the audience, some works that it has rarely heard, from both the Romanian and the universal repertoire. I thought of Paul Constantinescu - we all know very well, it is the Paul Constantinescu year. And in this context, I would like to add that towards the end of this month, we will have a performance of Paul Constantinescu's Christmas Oratory as well. We are honoured to be accompanied by a remarkable organ player and it is the first year that we are basing this concert only on organ. We will be interpreting a few works by Bach, Haendel, using the organ and then again, very well-known works, including the famous 'Stille Nacht', which will be played using organ this time.

Are there any differences regarding musical approach between Romanian and foreign composers?

No. There is always the same inclination towards quality, regarding the importance we grant to all the titles and al the composers. There is only one thing I would like to mention: there will be a group of 5 or 6 works taken from last year's Christmas CD, which contains all of Tiberiu Brediceanu's works. These 5 or 6 works were harmonized for the choir; they are part of the 10 or 11 carols made to be sung only using the piano and voice. This CD was launched last year on Trinitas and we will be interpreting part of it in our concert.

Alongside you, on stage, there will also be the members of the vocal group "Bucharest Singers"…

Yes. "Bucharest Singers" will also be there. They have been there almost every year so far; they are members of our Choir and constant collaborators. And it's a great pleasure for members of our choir to meet in different vocal formulas. It's something new for the audience, as well as for ourselves.