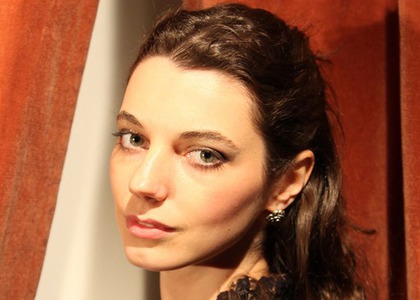 The CD was released with the occasion of the "Moștenitorii României Muzicale" project, hosted this year at Sala Radio in Bucharest. Released by Casa Radio Publishing and Radio România Muzical, the CD brings together universal music pieces and Romanian music pieces performed by pianists Adela Liculescu, Axia Marinescu and Florian Mitrea. Axia Marinescu talked about this project and the similarities between French and Romanian music.

You're one of the Romanian musicians with a remarkable activity abroad and your name can be found on the "Moștenitorii României Muzicale" CD,
released this year by Casa Radio Publishing and Radio România Muzical. What can you tell us about your contribution to this double CD?

It's a CD I worked on in the context of a performance, and it was also part of the Romania-France 2019 session. It's a French music repertoire, to which I also added a contemporary piece specially created for this Romania-France session, and also pieces by Enescu of course. This CD also meant a very special moment for me, because I came back to Sala Radio after many years. Sala Radio is the place where I started, with the Chamber Orchestra, when I was 11 years old. It was a great joy to meet the audience from home, in Bucharest, and, at the same time, a moment filled with emotion. I was very happy to be part of this project and I am glad to join my two colleagues, Adela Liculescu and Florian Mitrea, whom I know and who are two extraordinary pianists.

French music and Romanian music, on the same CD and also combined in a tour in some cities in Romania. Are there similarities between such diverse musical cultures? What are the visible threads, and maybe also the unseen ones which you had in mind while performing these works?

This repertoire was performed during the Romania-France session in several cities in Romania. In some cities I haven't been before and I relied on this common thread between the two cultures, because it certainly exists and especially if we refer to Enescu. We know very well that he studied in Paris and then lived there, he also was a friend and music partner of many French composers. Enescu, of course, was very inspired by everything French music. And why not say that the French also had moments when they were inspired by music, maybe not necessarily Romanian, but from Eastern Europe, and today, of course, maybe we no longer observe these common elements, but there are quite close links. There are still many artists, who work and create in France, Romanian artists, of course, but also French artists who come to perform, conduct, and who are interested in Romanian music.

The concerts held this year in Romania have definitely proved that our audience reacted positively to the French music universe. How do you describe the reverse experience, namely, the way in which the Romanian music is perceived outside our country?

Romanian music is indeed very well received, especially in France. Every time I have the opportunity to sing Romanian music there the audience is very receptive. I had the opportunity to show Enescu's works and creations in several colloquiums and conferences in prestigious festivals in France and worldwide and I always received a positive feedback.

The beginning of the year will start with more concerts in Asia, especially in China, I will do a tour in France, then I will have some multidisciplinary projects, if I can call them that. Together with a French writer, a literary critic at Le Figaro, and in the second half of the year, I will have several concerts in different countries in Europe and I hope to return as soon as possible to Romania, of course.