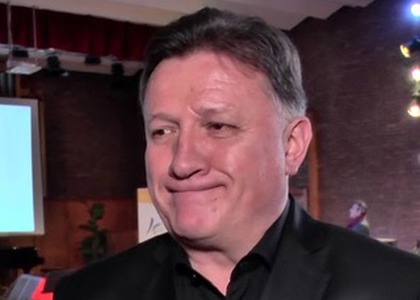 The project for the new university campus of Gheorghe Dima Music Academy has been recently approved by the Romanian Government. In the following interview Vasile Jucan, the rector of the Academy, talks about the importance of the project for hisinstitution as well as for the higher education system in Cluj:

Mr Rector, "Gheorghe Dima" Music Academy of Cluj will soon have its own headquarters . How did this project come into being?

The National Music Academy is at the moment the only University in Romania which doesn't have its own headquarters. We will be forced to leave the head office where we are carrying out our activities in three years' time, because this building has been retroceded to the Greek Catholic Church United with Rome. Therefore, it is compulsory that we have a new building for headquarters. We started to look for that a long time ago, in 2006, and we finally managed to set up this project and to carry it out. Indeed, in December we were informed about the Government Decision and we hope that the construction will be finished in two years' time.

How important is this project for your institution and what opportunities will it offer to students?

The new construction, which is a university campus is an integrated concept so both students and professors will benefit from modern and complex facilities. We will have there a concert hall, many lecture and study halls, we will have student hostels in the campus and a large space.