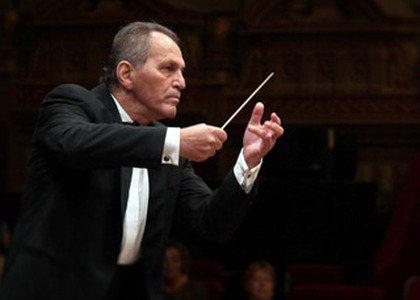 Interview with the conductor Cristian Mandeal

The conductor Cristian Mandeal proposes a series of Beethoven concerts, at the Brașov Philarmonic. The first event of this kind took place on January 16th, and everym onth, another concert dedicated to "The Titan of Bonn" is to be organised.

What was the starting point of the idea of this integral of Beethoven?

It started with the fact that I generally like integrals. I have done several, along the years. Besides, it won't be the first integral of Beethoven ever; I have done one such integral both at the "George Enescu"Philarmonic and the Iași Philarmonic. As we're talking about the anniversary of Ludwig van Beethoven, I thought it would be very suitable for Brașov too, where I've been principal guest conductor for a year now. Therefore, I dedicated the year 2019 to Brahms and conducted a full Brahms symphony in Brașov. And now, thanks to the anniversary, I thought of Beethoven.

How did you choose the programme of the first concert, on January 16th?

I've decided to conduct the symphonies in chronological order, so the first one was the subject of the first concert, on January 16th. Basically there will be another concert every month, in this order: Symphony no. 2 in February, no. 3 in March and so on, until no. 9 in September. Along with Symphony no.1, I have also scheduled Piano Concerto no.1, which was very suitable for the symphony, both stylistically and as regards to the creation period, and even tonality-wise, C major and C major. But I started the cycle with a less well-known work, Wellington's Victory op. 91, an occasional composition, due to the Court of Vienna "celebrating" the victory of Wellington over Napoleon, in Spain - a very highly regarded deed at the Court of Vienna, since it was at war with Napoleon's France. Well, I would call this a cinematic composition; it is of great effect, gaudy, very exciting, with percussion groups and marching bands and cannon shots. This composition inspired Tchaikovsky's Overture 1812 and represented a starting point for compositions of this kind. Of course, it was its first audition in Brașov. There will be others like it, that is to say certain less interpreted overtures that will complete the Beethoven cycle. It was certainly well received by the public as it is truly a composition meant for performance. I wanted to begin this Beethoven cycle "in full force"; to ensure a warm welcome and an interested audience, from the very start.

The fact that you've done first auditions in the first recital, and you will be doing more, at least on a local level…is it an argument in favour of Beethoven's work, the fact that, after 250 years, we still have compositions we can interpret for the first time?

Of course it is. And, generally, I wanted to organise each Beethoven programme in three parts: an overture or a shorter, starting work, an instrumental concerto and a symphony. Because, after all, instrumental concertos - if we add Piano Concerto no. 6 and the piano version for the Violin Concerto op. 61A as well - together with Fantasia, they represent 9 concert works, perfectly compatible with the 9 symphonies, to which we add 8 starting works, as I was saying. I am also connected to the Brașov Philarmonic, because that's where I grew up, because there I had my first symphonic experiences, in the sense that I listened to a lot of live music during that period. Of course, the musical information from when I was a child was not the same as today, so that those concerts served as models or basis for my entire subsequent musical career. I believe that, at this age, I might as well start giving back to the institution that "reigned" my childhood years.