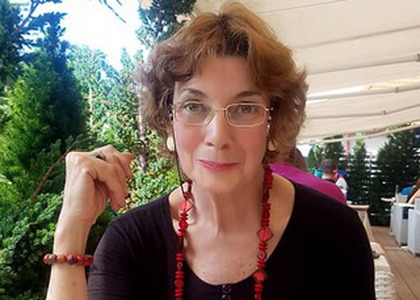 One year has passed since the violinist and professor Nicolae Bilciurescu passed away. Now, the Cultural Foundation Remember Enescu, coordinated by Mihaela Tomescu, has organized a concert-event at the National University of Music in Bucharest.

Remember Enescu Cultural Foundation is paying tribute to the violinist and professor Nicolae Bilciurescu through a concert held at the National University of Music in Bucharest. What did Nicolae Bilciurescu's personality mean for the Romanian violin school?

I could say that it meant a lot. And now, with the occasion of this concert and with the occasion of the interview, maybe more people will be able to learn more about the artistic valences of the master Nicolae Bilciurescu. I could say that it is a reference figure of the Romanian violinist pedagogy. He graduated from the National Music University of Bucharest in 1964, at the class, here, the famous professor Garabet Avakian; at the same time, he had a whole series of other guiding masters, such as Stefan Gheorghiu, Mihai Constantinescu, George Manoliu, Sandu Albu and Adia Gherțovici. He also collaborated with foreign violinists such as Robert andNiemann.I first met Mr. Nicolae Bilciurescu in 1972, when I first entered the gate of the high school we graduated from, "George Enescu" High School, as a young violin teacher. At that time, Mr. Bilciurescu was head of the department. He then followed a stage of high school management as deputy director and then as general director, to continue his activity of guiding young violinists at the National University of Music in Bucharest from 1900 until 2005. He was a lecturer there and then a university professor. I also found out, although we have known each other for quite a long time, because over 40 years we were colleagues ... here I found out during this concert, watching closely the biography with the family, that the violinist Nicolae Bilciurescu started his career as a member of the National Radio Orchestra, between 1964 and 1968. but he also gave numerous concerts as a soloist together with the orchestras of the country's Philharmonic Orchestras - and here we can list the Craiova Philharmonic , Arad, Ploiești, Brașov, Bacău, Galați, Botoșani - with a very rich repertoire. Among the directors he has collaborated with are our great masters George Georgescu, Constantin Bobescu, Carol Litvin, Ludovic Bacs and others. On the camera line, he was one of the collaborators of the pianist Dan Grigore.The exceptional work of the students have resulted in international careers, which are currently taking place in France, Italy, Spain, Germany, the United States, Australia, Israel and, of course, other countries, but also in our country also. Here are some reference names: violinists Adelina Oprean, Mira Glodeanu, Eugen Țichindelean, Dinu Bilciurescu, Valentin Albeșteanu. From the ranks of the former students and curent students of the teacher, they will surely be present in the material we prepared for the opening of the recital along with the welcome and much-desired presence of the rector, who will have the opening word, Mrs. Rector Prof.univ. dr. Diana Moș.

It should be emphasized that Master Bilciurescu was an analytical personality, endowed with an intellectual curiosity and a philosophical depth of concerns. From this point of view, he participated in symposiums with works on the nature of violinist interpretation. And what seems to me, and, very important to mention is that, together with Romeo Drăghici, he translated the volume George Enescu's Memories by Bernard Gavoty, a volume that appeared at the Music Publishing House in 1982.

Alongside with interpretations, young members of the Cultural Foundation Remember Enescu, but also caring students will attend our recital to pay a nice tribute. The recital will take place in the "George Enescu" Hall at the National Music University of Bucharest at 19.00 o'clock.

How was the event conceived?

In a beautiful partnership with the National University of Music in Bucharest, with whom we have been collaborating for years, we have the recital of the Season- every Thursday, a recital entitled The Afternoon of the Remember Enescu Foundation, and tomorrow is this recital-event , approved by the Board of Directors, by the rector and, as I said, with the welcome presence of the rector at this recital. It was received with much openness and, therefore, surely with much interest, considering that there are many interpreters in our recital, students of the University, at the same time fulfilled with a whole series of prizes obtained at competitions, but also with an experience of convincing, promising and high-perspective scene.

Will former students of Mr. Nicolae Bilciurescu also be invited?

Of course. I invited former students, former schoolmates, former university colleagues, former friends. We expect that this relationship of closeness and homage to Mr. Bilciurescu will be very strongly represented at the recital tomorrow. Also, we expect other wishers of beautiful recitals, offered to personalities that may be less well known in the musical life, but which remain very, very important to us.