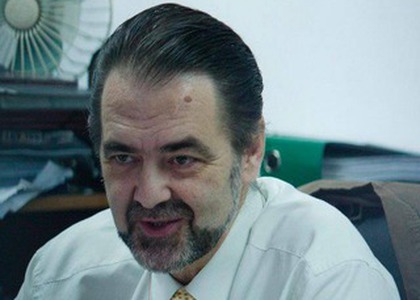 Opera Awards released the nominations for the 2020 awards which will be announced on May 4. In the "Festivals" category, "George Enescu" International Festival was also nominated - an occasion to ask a few questions to Mr. Mihai Constantinescu, the director of Artexim, who is for many editions the constant organiser of this event with an ever-increasing prestige. "George Enescu" International Festival is among the nominations for Opera Awards 2020. Here is the news for which you deserve congratulations!

It is true, but judging by last year's and this year's nominations, I find this year's competition much "hotter", if we take into account other prestigious festivals, such as the Salzburg Festival, nominated in this category.

Yes, it's not the first time for Salzburg; it already received an award in 2013 for this category and it is practically a competitor in pole position, if I can use a sports term. But we also hope, through what we presented in the 2019 edition, to convince the jury that the Enescu Festival deserves the nomination and maybe even more.

Exactly, it's about the latest editions which were designed by Vladimir Jurowski, who came up with this new vision. In addition to "21st Century Music", he wanted to expand the opera repertoire and in 2019 we broke a record - 14 opera works belonging to all creative periods , from baroque to contemporary - and this was appreciated by the public from Romania as well as from abroad. I had the opportunity to talk to someone who was part of the jury and I said: why Bucharest is not nominated - for instace in the festival of 2017, when I had 7 works in concert? And I was told, " The jury considered and judged only opera productions. Perhaps when it was clear that the "George Enescu" Festival' s most important goal is the promotion of music and opera, these criteria may have changed and we hope that not only they will decide to award a prize not only based on the number of opera, but also on what was presented because, actually, besides the works presented by the Romanian artists -and here I refer to Moses and Aron, to Peter Grimes - there were also works presented by bands from abroad; one of them, Rene Jacobs, you could see that it is nominated too, an there are other different groups as welll and probably the jury will also consider who presented these works, how many were presented, which was the audience, what were the comments following the presentation of these works. I do not know who is on the jury, but I hope that these criteria are also in favor of the number, and in favor of the quality of the works presented at the festival. The festival deserves this, the Romanian artists deserve this because, in the end, this is also a prize awarded to the Romanian culture and the Romanian artists.

With the exception of the Salzburg Festival, all the other nominees are practically festivals dedicated to the opera. Even by their titles, by their names. This means that, despite the fact that Enescu composed only one opera, the opening to the opera is extremely large in format of the festival that bears his name. Do you intend to refer to this genre in the future?

Obviously, because I think that presenting operas in concert - with or without projections, but with important castings, with important artists, such as Lise Davidsen, for example, in 2019 - is a great chance for the public to see these works, and some of them for the first and maybe for the last time because in Romania I do not think there will be someone who will make a new version or a new production of Moses and Aaron, because these are very difficult works which also require important artists and very good leaders. And I think the future of the opera is still in the concert opera, not necessarily in productions, some of which, actually, are very important recently, they are very extensive, they are focused on the visual. We focused, the festival focused - as you saw in the 2017 edition - on music and music presentation. For this reason, for example, the Oedipus, which was initially criticized by some people as being presented in a concerted version, was particularly appreciated because then the public remained to hear the music and discovered Enescu's music. And I think that is how they discovered Schoenberg's music, Britten's music, Poulenc's music, and Hindemith et al. And we are keeping the same line for 2021, obviously, because by our estimates, we will probably have a larger number of operas in concert with important distributions and I see that this is increasingly appreciated by the Romanian and the foreign public. To see, however, in 14 weeks 14 works, is not an easy thing and I think that our effort is appreciated as well as the effort of those who come to these concerts and the joy, after all, that they have attended these concerts.

It is, actually, a gesture of extraordinary cultural openness which would be very difficult to get on other occasions and even less during the seasons.

It is absolutely correct what you say because everyone comes to the festival to see precisely this news, precisely these things that you will not be able to see on other occasions and to view very good performances. In the beginning, there was a restraint on the part of the Romanian artists who presented these works. Remember that we presented, for example, Gurre-Lieder or Wozzeck in our festivals. The Romanian artists had a reluctance to present them, but in the end they realized that in addition to the fact that these works are presented for the first time, it also represent an opportunity for them to learn these works, to learn a new style. because Schoenberg is not sung every day, Britten is not sung every day. Next year we'll have Zemlinski, we'll have Korngold. So, in addition to the education of the public that have to listen from the Baroque to the contemporary period, it is also an education the musicians who, on this occasion, with the support of great conductors such as Zagrosek, have much to learn and this will be later reflected in their activity.

Moreover, it is, let's say, a matter of track record. Once a musical institution, some band or ensemble can note in their guestbook that they have performed such a work, I think they get a more prestigious status, somehow.

I always said that these are the most important moments of a festival, these premieres - as were Grimes or Moses and Aron - because these things remains from the festival. I don't know at this time how many of the festival lovers know the year when the Berlin Philharmonic came first or the Israel Philharmonic, or the fact that the Amsterdam Philharmonic is coming again, but I'm sure those moments are very appreciated by music critics and will remain in the history of the festival; the way it was, for example, Wagner's Tetralogy, or Gurre-Lieder, or Wozzeck, or these two works that we have done will also remain and or other works in the future, if the festival's future management will accept and take then over, as they should, in the future.

We hope that in May we will have even better news!