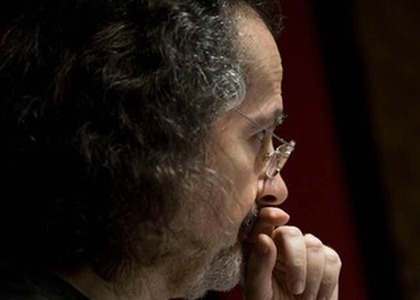 Interview with the pianist George Natsis, member of the Big Band Radio

Today, the Big Band Radio will participate in a concert at the Borusan Philarmonic in Istanbul.

Mister George Natsis, I
d like to ask you what the context was for this collaboration proposal from the BorusanPhilarmonic in Istanbul to the Big Band Radio Romania?

It seems that the manager of the BorusanPhilarmonic heard us play on the radio while in Bucharest and he liked what he heard; therefore he made us this offer.

This Swing Symphony no. 3 by Wynton Marsalis is described as a combination between classical and jazz music, as well as a journey through American jazz, from the New Orleans Ragtime to the Kansas swing and the New York bebop. How long have you been preparing the interpretation of this part?

We received the scores at the beginning of January and after the holidays, we started working in parties, in ensembles of course, the real rehearsals were done with this orchestra because, normally, theyre supposed to be done with the whole ensemble. The main issue is that two orchestras, which have never played together before, and especially a part like this, come to agree with each other. And it seems that this was possible due to SaschaGoetzels mastery. It was a very difficult, challenging part as the conductor himself has confessed. Its not a part you interpret every day, its utterly remarkable, if we take into account the combination of styles and the fact that the Big Band is part of a large symphony orchestra.