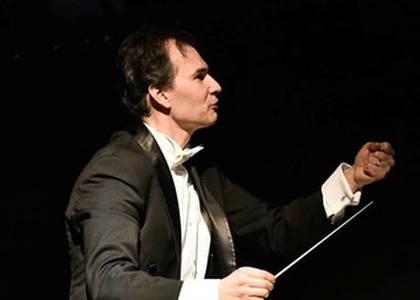 The recollections of a disciple. Interview with conductor Cristian Sandu about Master Nello Santi

On the 6th of February 2020, the Italian conductor Nello Santi died at the age of 88. Specializing in the Italian opera repertoire, Nello Santi approached especially the creation of Giuseppe Verdi and that of Giacomo Puccini. A disciple of Nello Santi, conductor Cristian Sandu shared some thoughts about his master.

How did you meet Nello Santi and how was it working with him?

I was recommended by tenors Ion Buzea and Ștefan Pop, who at that time were part of the distribution of the show Norma in San Carlo, where I first contacted Nello Santi. I have known Ion Buzea for many years and he told me about the master Nello Santi, with whom he worked very much and who was very dear to him and helped him a lot in his career, vocally, to prepare for shows. After that, I stayed in touch with Master Santi and was welcomed every time in his professional and familial environment. After San Carlo it was La Fenice di Venezia, then returning to San Carlo for Rigoletto, twice to Scala with Nabucco and La Traviata. After that, his last production I had the honor and privilege to attend was at the Zurich Opera performing in Lucia di Lammermoor.

What did you find impressive in the way the master conducted?

I would not emphasize so much his style of conducting, as the enormous personality of this great artist, the kindness he showed in rehearsals, his encyclopedic preparation in terms of the Italian style of opera, in terms of the way the singers were performing, the way he kindly found an answer for everyone's issues. In fact, the orchestra's soloists were in love with him, his style of work, his bonhomie and his parental care.

Out of all the tips offered by Nello Santi, which do you consider most important for your training as an opera conductor?

What impressed me was that the first piece of advice he gave me, when I first stepped into the San Carlo dressing room, was the humility I have to show to the score and to those I come in contact with: starting with the composer, who disappeared long ago, but whom we have to serve, the whole distribution and everyone else, the group I come in contact with. He was very fond of team spirit and what he could achieve through others. An extraordinarily important lesson which the master followed throughout his life and I am glad that I was able to witness this profession of faith of Mr. Santi.

Do you have a favorite recording with Nello Santi or did one of his shows impress you in a certain way?

I was impressed by all the shows and what impressed me most were the rehearsals when I had the opportunity to help and interact with the groups I had to conduct. All the walks I did before and after the rehearsals, the dinners that lasted late into the night, our discussions and the phone calls, the tips that I asked for before the shows that I conducted and to which I was the silent witness to over half a century of opera history, from the greatest stages and with some of the world's greatest singers. And all the tips and teachings he has offered and given me. I can only thank God at all times that I have been able to stand by such a giant.