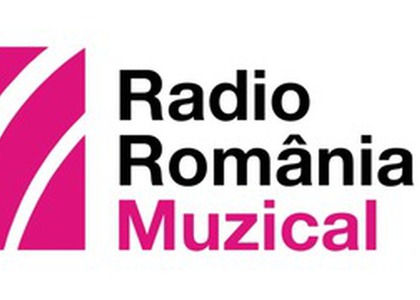 Interview with Cristina Comandașu, the manager of Radio Romania Music

On the 13th of February, the European Broadcasting Union published some statistics, from which resulted that the most classical music concerts broadcast live on a public European radio station could be listened to on Radio Romania Music.

So, in short, we're the first in the 2019 top compiled by European Broadcasting Union, which had actually counted the international broadcasts, and Radio Romania Music has offered one such live in four days, on the average - a real performance. I'd ask you, Cristina, because I don't believe that the result is fortuitous, what is the strategy that led to such a result? In fact, why do we broadcast more often than others?

It's quite simple. We intend to do this thing because we've considered that if we have the possibility to broadcast live from the grand international scenes at our disposal, then it's an obligation in our capacity as a public radio station to do it. Then, besides this possibility, it's the work of our team which had made these live broadcasts, the work of the commentators, whom, I believe, you know very well, and to whom, in fact, we owe this performance. I'd like to remind you these names, they're significant to us: AncaIoanaAndriescu, Luminița Arvunescu, Monica Cengher, Andreea Chiselev, Jeanine Costache, Laura Mânzat, Irina Cristina Vasilescu. These are the names you'd heard throughout 2019 at The European Scene or Opera Evening programs, with Mihai Stănescu as the producer, the one who had commentated some of the concerts himself. Also, he took care of these live broadcasts. I think that the radio is alive when it's a live broadcast, and I believe that every one of us who's working on the radio should agree with that. To have such reputed names which we have on-air weekly - you well know that at least once a week we broadcast live from a grand international scene - is an extraordinary thing, it's a chance given to our listeners. Let us just remember that a single ticket to these performances is so expensive even if you can get there, that even those well-heeled cannot afford them. Therefore, I genuinely think that it's a thing we should do, and it will remain one of our station's priority in the future as well.

Indeed. Let's pretend that in this number are not included the national live broadcasts, from the George Enescu International Festival - dozens of live broadcasts...

I must confess that I'd counted those from the George Enescu International Festival. They were 62. Those international were 77. I did not count the others, lives from Bucharest or the whole country, but there were too, dozens of them...

So, excluding the concerts from Sala Radio here... well, yes, it's a tremendous amount of work that is done by a very small team. Let's not forget that there are 24 of us, and we also have two collaborators - the young men we're training, so, yes, it's quite a performance for this team. I'm also glad that lots of young people from Romania choose to listen to our programs. We're also proud that throughout 2019, 50% of our listeners were below 49.

What's next? We're having ahead the Year of Beethoven. There will undoubtedly be many concerts on this occasion. Do you intend to surpass the existing number of lives?

I do believe that we're going to surpass this number, because, unlike the last year, we're no longer having the George Enescu International Festival. That means we could broadcast more international live transmissions. Of course, there is the Year of Beethoven, and it's a unique project of the European Broadcasting Union, from which we took over as many offered concerts as we could. There are, definitely, the same essential shows, as in the past years - the summer festivals. We're planning to broadcast the performances from BBC Proms and those from Bayreuth Festival, Richard Wagner Festival... In fact, you know how it's done, we have an offer from which we choose, and, practically, we respond to an offer according to our real possibilities in providing a team to make the commentary.

All the information will be firstly provided on our website.

Yes. As you know, we have a link with international live broadcasts on our website. We put there almost all the live transmissions which will follow with a month in advance. Also, there is the possibility of listening to them again, in a period of 30 days from the concert. So there are all the prospects for our listeners to enjoy fully everything we have to offer to them.
Interview by Ștefan Costache
Translated by Cotar Alexandr, Universitatea Bucureşti,
Facultatea de Limbi şi Literaturi Străine, MTTLC, anul I
Return to archived Interviews