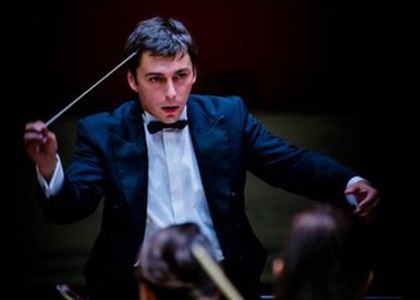 Musical Radio Romania will broadcast the concert held by the Royal Chamber at the Romanian Athenaeum live, on Sunday, March 8th, 2020, starting at 7 PM. The main conductor of the orchestra will be Constantin Adrian Grigore and the soloist will be violinist Liviu Prunaru, concert master of the prestigious Concertgebow Royal Orchestra of Amsterdam. It is the first collaboration of violinist Liviu Prunaru with the ensemble directed by Constantin Adrian Grigore, the protagonist of the following interview.

It is the first collaboration with Liviu Prunaru, which I am very happy of, both myself and my colleagues from the Royal Chamber.

You have chosen to present the creation of Ludwig van Beethoven for the March 8th program. I am positive you also took the fact that it's a Beethoven year into account, but how did you get to this program structure?

I most certainly have. I have taken the fact that this year marks 250 years since the birth of the great composer, the Bonn titan into account, and that is precisely the reason why I have included the concert for violin and orchestra and Symphony no. 3 Heroic in C Flat Major in the program of the Royal Chamber concert.

You are dedicating this concert to the memory of our colleague Laura Zecheru. I know she evolved with the Royal Chamber from the beginning...

That is right. Unfortunately, our colleague has passed away a little while ago and we have decided for this concert of the royal season, which we will have on Sunday at the Romanian Athenaeum, to carry this brand of Laura and be dedicated to her, because she was, if I am not mistaken at all the concerts of the Royal Chamber, starting in 2010 and in consequence this concert will be dedicated to her, following that all the proceeds from the tickets sold to be donated to her family.