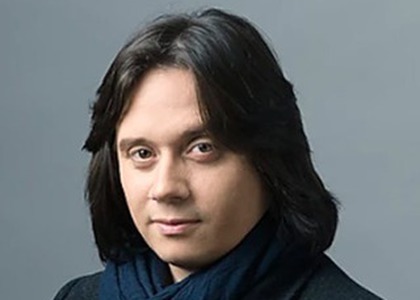 Gabriel Bebeselea, the main conductor of the ''Transilvania'' State Philharmonic, spoke about the open letter posted on his Facebook page, for Radio Romania Musical, on Tuesday, the 27th of October 2020, regarding the 'Transilvania'' State Philharmonic situation. After the passing of the late Marius Tabacaru, the County Council has recently named a interim manager in charge of the ''Transilvania'' State Philharmonic, named Catalin Nestor, a member of the Philharmonic choir. He's a ''Gheorghe Dima'' Music Academy graduate. But, according to the local press, the philharmonic employees are dissatisfied with the appointment decision of the new interim manager. ''We consider that the appointment of Catalin Nistor as the new interim director, without the consultation of the Philharmonic administration members is inappropriate and, thus, we will not comment the informations that appeared in the press regarding his personality and competences. It was not our choice. We hope that everything will run as it should and as it is fair, in a city that pretends to be a culture pole in Romania'', said the Cluj's Philharmonic representatives. We can further find the dialog caried by Lucian Haralambie with the conductor, Gabriel Bebeselea. The interim Manager was, as well, requested to an interview, but at the time of publication, no confirmation was received regarding it.

Please define the context of the present situation at the ''Transilvania'' Philharmonic, which led to the open letter that you signed on October 27th.

I want to thank you very much for the invitation of discussing about this very personal and hurtful subject, but I believe that this is a must-have discussion because without a dialog it's impossible to solve any kind of situation. I just want to say from the beginning that this is just my personal opinion. It's not the official institution opinion and I also want to emphasis the fact that it's not a personal attack. That's why I don't want to distort the information that has been going around in the press and I just want to discuss about the managerial competence and about the cultural awareness. This thing, in fact, is what I believe that unites us, the artists that somehow felt wronged by this naming. The fact that the authorities didn't choose based on these criteria when they nominated a person for the interim takeover of the leading of the institution after the death of the late mister Marius Tabacu.

You described your message as being ''a rebellion against the imposture and the lack of any moral compass''. The opened letter, published on Tuesday, the 27th of October, came after more than a few days after the naming of the interim director the ''Transilvania'' State Philharmonic. So that means it's not a rash reaction. What made you react in such a manner?

The time frame shows us that right after this nomination took place, my colleagues went to the authorities and discussed the election criteria and why this thing has been done without consulting the others. It's true that the authorizing officer has the right of not consulting, but especially in such in which we are living an extremely difficult crisis for everyone, in which the philharmonic manager vanished, there had to be a follow-up or at least a takeover in one way or another of what happened before but my colleagues were told not to worry. As soon as possible a contest will take place and in about 30 days a committee composed of capable people will be formed and they will decide who will take over the wheels of the ''Transilvania'' State Philharmonic. Completely normal. But a week had already passed and nothing happened for the establishing of a date of this said contest and I thought that it was the time to issue a warning. Why? Because we find this kind of situations a bit interesting and here I'm talking about the complete lack of transparency, the complete lack of a person's notoriety and the complete lack of the managerial competence. And then, there are a few warnings to be issued. Especially by us because we are, as I previously mentioned, in an extremely difficult crisis. It's very important not to lose one single position, not to lose one single leu out of our budget because the Romanian cultural budget are, in fact, the logical necessity for a cultural act.

Absolutely. I think that a new starting point should've come a long time ago, maybe one decade ago, but as I mentioned in the letter that I published yesterday, the problem is that many situations that we've ignored and that we've swept under the carpet have now exploded in our faces and just now, in fact, in a lot of domains we are noticing that something must've been changed a long time ago, including the cultural field. I think that it's best seen in the medical field and in the educational one. What a deep crisis and enormous downfall actually exists between the ideal situation and what is actually happening in the day-by-day reality of these times. And then, getting back to the culture, the cultural is actually the backbone of nations and if we do not manage to prevent such situation in a timely manner, then it will be a very difficult time, that in the middle of a crisis, to succeed in protecting it. In fact, the thesis that I wish to forward is the following. Culture needs urgent protecting. But protecting it depends on us all. I felt the need of issuing this warning because I thought it to be exaggerated that by a quiet approval such a move to go forward.

I would like to talk about other solutions, as well. Which would be the first steps after this new starting point?

After such a appointment, of course the artists' trust in authorities in quiet clearly disappearing, I think. Firstly, the transparency and the dialog, because what happened was simply a lack of a dialog and a lack of communication which simply lead to a fall just as in the case of a lot of other cultural scandals that took place in Romania, sadly. A lot of falls and wrong never-before-met doings that will be very hard to heal. Sadly, there are some characters that take advantage of these things and then, that's why and I'm saying that, firstly, communication and transparency.

For the Transilvania Philharmonics what would the short and medium term solution for the reinstatement of normality?

The fastest appointment of a commission that will evaluate and name a manager worthy of such an institution because we are talking about one of the most important and largest cultural institutions of Romania. I would like to add up what I said earlier but I would like to pinpoint the fact that it's the moment in which all of us, that are interested in this backbone of which we reminded of earlier, the culture. We all need to notice and not let things slide as it is very easy for things to go in a way in which they cannot be corrected afterwards and that it would take generations to rebuild it.