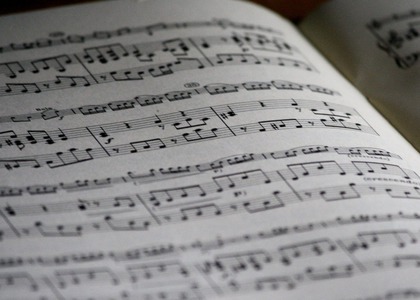 Interview with Adrian Iorgulescu, president of the Union of RomanianComposers and Musicologists

Union of Romanian Composers and Musicologists celebrates today a century of activity since the institution has been founded on the 2nd of November 1920.

Union of Romanian Composers and Musicologists celebrates 100 years today. Which are, in your opinion, the key-episodes in the history of this institution?

First of all, it would be the beginning. I mean the 2nd of November 1920, when the founding papers of the organization were signed, that is The Composers Society, initially, and then its descendant, The Composers Union. I think it would be worth mentioning some of its founding members; namely Ion Nonna Otescu, Alfred Alessandrescu, Brăiloiu, Chiriac, Mihail Jora, Filip Lazăr, Dimitrie Cuclin, Mihail Andricu, Theodor Rogalski, who was not in Bucharest at the time, and the Transylvanian George Dima, Tiberiu Brediceanu or Ion Vidu, who have given in writing their adherence to the newly-formed society. And George Enescu - I emphasize this - who was abroad, but was informed about the approach of the establishment, announced his agreementto become its president. I want to mention that Enescu was the executive president, not the honorary one, as it is sometimes erroneously said even today, until 1948, when the Communists decided the disestablishment of the society and eventually, the Composers Union was to be founded. What I think is important to mention about this debut is that a leading board was chosen and the programme of the association was adopted. And this programme of the association provided for, I quote: "Helping the development of the Romanian musical production, promoting the pattern and the performance of the works, protecting the copyrights of its members and dealing with any matter concerning music or Romanian musicians." I would like to say that these referentialtheses have kept their accuracy intact. Some of them, mostly all of them, have been found even in the contents of a few articles from the statuses of the Union of Romanian Composers and Musicologist, elaborated and adopted after 1990. Modern sound art has been crystallised and developed in the climate which has been offered successively by the society and then by the Composers Union. The accomplishments of our composition after 1920 are directly linked to the setting and the activities provided by the union and the society. The fact that no representative author has been left out is indicative, since the main powerhouses and artistic abilities of the country have been gatheredhere. And the patrimony of the works owned by our library, basically, almost entirely opposites of reference belonging to the Romanian music in the last century, certifies and probes this allegation.

You were asking me earlier about the important moments that we have been through. One of them regards 1948, when the society was disbanded and the re-establishment of another structure which was called the Composers Union, in 1949, through a decree of the Council of State of Romania at the time. Numerous and very important composers have been taken out of the union because the structure of the membership had been remade and a lot of composers have gotten out, they were excluded. Among them, the most impotant and noteworthy name is still George Enescu, who, after 1948, did not appear as a member of the Composers Union. Of course, it is an extremely difficult period, I won't be attempting to argue for it, probably some things are known; for instance, the fact that Cuclin was arrested and then sent to the Canal, but others composers as well suffered massive shocks. For instance, it was said about Lipatti that he was 'this Fascist who has left his country'. Or other situations, the way Jora has been persecuted, his wife was sent to the Canal. And, last but not least, maybe we have a moment to remember the only Romanian artist who was sentenced to death in absentia. He was Constantin Silvestri, who, after the first audition of Enescu's Oedipus at the Romanian National Opera, which took place during the first "George Enescu" Festival in 1958, left on a tour in England and never came back. Therefore, he was sentenced to death by a courthouse… things which today seem surreal to have happened. I won't be talking now about what the Composers Union meant during the Communist years or about the occasion on which many composers were forced to write works dedicated to the Communist Party, to the beloved leaders. Of course, some of them surrendered to this pressure, others didn't, but, as a whole, I think that few noteworthy works were written in that period.

A new phase began after 1990, when the Union became free of other tasks and duties once again and when, the most important thing, the freedom of speech was regained. And I believe that in the past 30 years, the Composers Union has taken great and significant steps towards the value of musical creation and musicology. I should like to emphasize that during this whole period - I mean the one after 1990 - the Union has ordered new works, has encouraged the merchendising of these works, their broadcast, has given grants, has supported young composers with respect to their creative endeavor and with respect to theirevolution in this complicated world that is the Romanian and international music.

I would like to note that the Union is not just a fervent sanctuary of scholarly national music, because throughout all periods composers of light music, jazz, choir music have been affiliated and joined the Union. The Union is a whole subjected to the ratio of genres and styles which it has promoted, supported and, during all this time, it has been helping the national creation with all its means in accordance with what is happening worldwide, on the one hand, but it has been supporting the authentical value, on the other hand. I think this is the most important thing. The Union is the system that has been supporting the real creations, the valuable creations and everything that is quality music for more than 100 years.