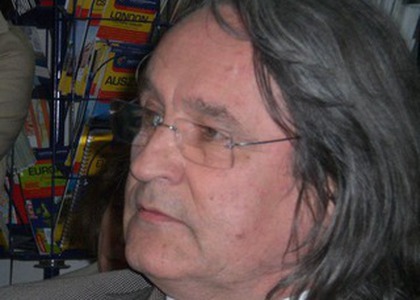 At the Radio House Publishing it was launched a new album with live recordings of The National Radio Orchestra, conceived in the previous seasons under the conductors HoriaAndreescuand Cristian Macelarus command. The album includes Symphonies No. 5 and No. 7 of Ludwig van Beethoven, printed in 2008 and 2015.

MasterHoriaAndreescu, the Radio House Publishing launched a new album with one of your recordings at the lead of the National Radio Orchestra, an album with symphonic music by Beethoven, this year when the whole world celebrates the great classic composer at 250 years from his birth. How do you relate to Beethovens music and personality?

He is, perhaps, my favourite composer, although there are others composers that I prefer - Brahms, Wagner, Mozart, Haydn. Beethoven remains, however, a guiding mark for any musician, a standard hard to achieve in the sense that Beethoven has his distinctive articulations, stretches, semantic or structural particularities of music, which we as musicians try our best to understand and reproduce.

My Radio House colleagues made me a pleasant surprise when they announced me that theyll launch this album with the Symphony No. 5, which they took from the Golden Library.I know that I conducted the Symphony No. 5 before at the first RadiRo Festival, at the Radio Hall, and one day Ill come to listen the two versions to see to what extent there was a difference between this concert recording and the one from the festival. The thing that thrilled me was that apart from the little imperfections of a live performance, throughout the symphony, my colleagues from the orchestra were full of motivation when performing, they dialogued, and they played with understanding. There always comes a moment when you wish you hit another points, nuances, slight sense changes that particularize the interpretations of a symphony from an interpretation to another, from a conductor to another. Therefore, I thank the Radio and my forms colleagues from the Radio House and I hope well meet again on the recording coordinates.

The Symphony No. 5 is probably one of the most played and analyzed works of Beethoven. How would you characterize this symphony?

Its probably the most played symphony. The Symphony No. 9 is among the most played ones, but there things are more complicated from an organizational point of view. Every symphony of Beethoven is different. Im most fond of the Symphony No. 3. The Symphony No. 3 is the first symphony in which Beethoven has an enormous courage and changes a huge deal, beginning with the two chords with which the symphony starts those two chords, those two measures thats where he puts all of his introductions from the first two symphonies or from his predecessors symphonies - Mozart, Haydn. He brings lots of new elements, he has an audacity in this Symphony No. 3 that he wont have in other symphonies, which doesnt mean that each symphony with great mastery and a specific that differentiates it from the previous symphonies brings also, apart from the Beethovenian particularities, another climate, another general state, it brings another problems that the interpret and the conductor have to understand, overcome and, together with the rest of the members of the orchestra, to manage to accomplish the complexity that is a Beethovenian symphony.

Did a recording of all Beethovens symphonies conducted by you exist at the Radio Hall?

It didnt or maybe it did. But my intention was to record the Beethovenian symphonies. It wouldve been more complicated with the Symphony No. 9, but we didnt get there. There is a version that Im not ashamed to call a mostly successful recording - The Symphony No. 7 a special recording. There is one with The Symphony No. 1, but that should be redone. The rest of the symphonies I wasnt able to record the way I wanted and how the Radio wouldve deserved to have by now, the way we managed to do 30 years ago with Enescus entire works. It would have been a visiting card that we deserved to have together, the orchestra and I.