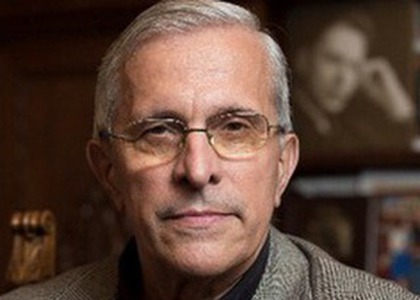 Interview with Andrei Dimitriu, about the National Culture Day at the George Enescu Philharmonic

The "George Enescu" Philharmonic in Bucharest proposes tomorrow, on the day of national culture, an online concert, recorded on the stage of the Romanian Athenaeum. The orchestra of the Bucharest institution will be conducted by Horia Andreescu, and the concert can be watched on the frequencies of our station tomorrow, January 15th, starting with 3:30 pm. We're learning more about this event from Andrei Dimitriu, the head of the institution.

On Friday, January 15th, the George Enescu Philharmonic hosts an important event, the Romanian Culture Day. First of all, I would like you to tell us about the invitations from the Romanian Academy.

The Philharmonic, obviously, must be perceived as an institution in the area of the intellectual elite. The partnerships I accept are related to institutions of scientific, cultural, continental caliber. There were other offers in this regard, which I refused. The partnership with the Romanian Academy is at its third edition. All of them worked very well, all of them had a very good audience and I want to thank once again, Mr. President, Mr. Secretary General, who accepted, from their institution, the philharmonic, as a partner.

The program of the evening was chosen, therefore, to represent the Romanian culture.

The program proposed by the Philharmonic and accepted by the Academy, responded to this command, which, I believe, should dominate any cultural strategy, the European quality of Romanian culture. As a result, of course, the National Culture Day means Romanian composers. But the beginning meant that we are in Europe. The debut is Beethoven's Egmont overture. Next is Enescu, with four unique pieces for violin and string orchestra, with the young concertmaster from the Philharmonic, soloist Rafael Butaru, Doru Popovici, Codex Caioni, a well-known piece, another great conductor, Constantin Silvestri, are three pieces for string orchestra. The program, in fact, took into account the health situation. Bela Bartok, Romanian Dances and Dan Dediu, a song that I believe was made last year by the master, Codex Bassoviensis. In the preamble, are the speeches of the three academics, the president Ion Aurel Pop, the vice-president of the Academy, acad. Răzvan Theodorescu and the initiator of the law of culture, Eugen Simion.

What does the next period look like for the George Enescu Philharmonic?

Of course, these restrictions imposed by the pandemic must be respected and I understand that we must respect them. That is, we do concerts in chamber formula, because we have no other option, we record them and broadcast them online, every Thursday, at 7.00 pm, on facebook, on our page, on youtube. A great pleasure, I can admit that there are more listeners than there are seats in the hall. So it's a win, let's say. Next week's concert is an important concert. It is a concert directed by Bebeșelea and Daniel Ciobanu and we inaugurate on this occasion, an extremely generous donation, in an aristocratic style, few people would like to make a donation without an advertising campaign, a Romanian family, donated a Steinway piano, with a significant amount and the inauguration will take place at the concert on Thursday, next week. It's an event. It was supposed to take place on December 17th, Beethoven's birthday, but it was not possible for health reasons.

In the last few months, a large number of musicians and artists have spoken about the need of COVID vaccination to accelerate the reopening of concert halls. Do you agree with them?

In my opinion, of course, I am not a specialist, nor an epidemiologist, I cannot pronounce, but I am going on a logical judgment, I think. So many millions of people have been vaccinated and are living well, thank you. To get back to normal, because even this online solution is not for me, a solution, it is a substitute, but it does not respond to what awaits as an emotion, a music lover. It's the same in the theater. The problem is to get back in as soon as possible, to get back to normal as soon as possible. And this solution is called a vaccine. The rest is nonsense, manipulation. Yes, I will get vaccinated.