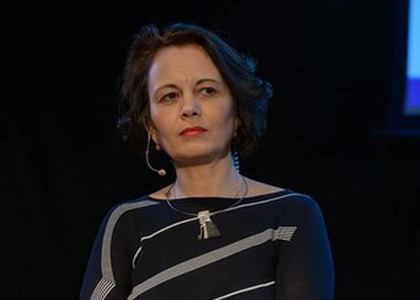 On the occasion of the centenary of the Union of Romanian Composers andMusicologists, two volumes entitled New Histories of Romanian Music were published. Why is this appearance important?

We believe, Mr. Nicolae Gheorghiță and I, who were the coordinators of the two volumes, we believe that it is a synthesis book of the history of Romanian music, which had to be remade after decades in which the history of Romanian music was written, of course, otherwise by other generations. Therefore, we adopted a more modern title, which shows plurality and flexibility and we no longer called the History of Romanian music, but Histories of Romanian music, because it is about different historical perspectives and many genres and ways of to make music. We could only rejoice that, in a period of pandemic, when many concerts could not take place to celebrate the centenary of the Union, at least these volumes symbolically mark 100 years of existence.

Who are the ones who participated in writing the chapters that make up the volumes?

We tried to make a professional partnership, let's say, between UNMB and UCMR, because many members of the Union are also teachers. In the first volume, the vast majority of authors are UNMB teachers or PhD students, from Nicolae Gheorghiță and me, to Costin Moisil, Vlad Văidean, Florinela Popa, and one of the authors, HaiganușPreda-Schimek, is a freelance musicologist at Vienna, but still a graduate of UNMB. In the second volume, again, most come from UNMB, starting again with the two of us, the two coordinators, who also have a study and continuing with Antigona Rădulescu, Mihai Cosma, Irina Boga, SperanțaRădulescu, Costin Moisil, Andrei Tudor and Dan Dediu. They are joined by Alice Tacu, also a graduate of ours, now a freelancer in Munich and Alex Vasiliu, the one so well versed in Romanian jazz, who comes from the university center of Iași.

We can intuit the fact that the selection of the information between the two volumes was not easy. Please tell us briefly about some of the topics covered.

We thought as follows: the first volume should start with references to antiquity, as long as there are documents and end symbolically, in the twentieth century, with a portrait of George Enescu. Of course, I did not insist much on old music and because Romania only in the nineteenth century starts on the path of synchronization with Western European trends, and because Greater Romania has existed practically only in the twentieth century. The second volume focuses entirely on the twentieth century and enters, of course, the first two decades of our century. It synthesizes at the beginning current ideologies, trends, styles and a certain social political context, which marked the Romania of the 20th century. It then moves on to the history of various institutions. Following, is a study of oral music throughout the twentieth century. It is signed by SperanțaRădulescu and it shows, in the first half of the century and in the second half, what oral, traditional music, folklore, etc. mean and focuses on composition systems from the so-called classical or scholarly composition. It is both a closing and an opening, because we intend a volume three.