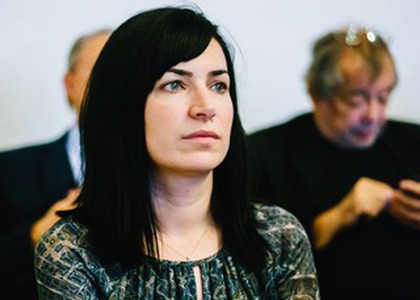 After a period filled with online concerts and projects, such as High Classic Transylvania, organized in collaboration with the National Museum of Transylvanian History, the Cluj-Napoca Philharmonic is ready to meet the public again in a series of concerts around the county, at a time when the epidemiologic situation of the city of Cluj only allows for the organization of online events. Oana Andreica, the artistic advisor of the institution, has spoken to us about the Philharmonic's perspectives for the following period.

Please tell us about how the Transylvania Philharmonic is carrying out its activity during the present time in the pandemic.

The last year was a challenge, just as it was for the rest of the world. Artistically speaking, we were faced with a radical change in how we work. Before, we were used to knowing at least one year or even one year and half in advance what we were going to do on every day of the concert, but then we suddenly ended up not being able to make plans for more than one month in advance at best, but even so, we still had to cancel some of those plans. Nevertheless, we tried to organize online concerts each week, with smaller groups, of course, so that we would be able to take all the safety precautions for the musicians, and this has brought another challenge for us, a positive one this time, that of approaching a kind of repertoire we weren't used to exploring until now, consisting mainly of chamber music, which has helped the musicians stay in shape at the same time as taking care of the musical health, so to say, of the orchestral ensemble.

You have recently organized a concert with audience at the Aureliu Manea National Theatre from Turda, because the rise in the cases in Cluj didn't allow for it to take place at the Philharmonic. Is this the only possible solution for having the orchestra directly meet the public, leaving the Cluj perimeter? What are the perspectives?

For now this is the only solution for performing in front of an audience, which is why we will carry on with two concerts this month, one of them in Turda again, at the Aureliu Manea theatre, and one in Câmpia Turzii, so that we may stay close to the public, even if it's not our public from Cluj Napoca; but, after all, we belong to the county of Cluj, so it makes a lot of sense for us to be able to perform these concerts on its territory.

Besides the two concerts that you've already mentioned, what is the schedule for events for the next period?

We'll continue having online broadcasted concerts, so long as the epidemiologic situation in Cluj doesn't allow for the reopening of the concert hall. Unfortunately, this unpredictability is causing us some trouble, because this following period we were supposed to have most of the conductors from abroad, and it's very difficult, if not impossible, for us to reconfirm their concerts, but we'll probably carry on like we did so far, adapting as we go and seeing what we can do on a week to week basis.

How do you personally look at the opportunity that the vaccine brings, since it is the only real perspective of coming back in the concert halls?

When it comes to myself, personally, I choose to believe in science and all the benefits it has brought to us, and I think that the vaccine is the only solution for overcoming this period and going back to a more normal life than the one we are living now, and I can speak for many of our colleagues, who want and are looking forward to being vaccinated.