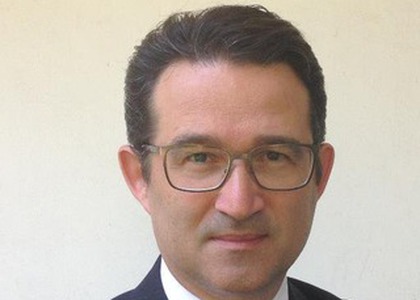 Arthur Mattli, Swiss Ambassador to Bucharest - about the Classic is Fantastic project

The latest volume launched within the Classic is Fantastic project - "Gioachino Rossini and the Story of Wilhelm Tell" - was made with the support of His Excellency Arthur Mattli, the Swiss Ambassador to Bucharest. About this project, but also about the importance of music education for children, in the following interview:

Why did you choose to get involved in this editorial project?

This project is an extraordinary contribution to music education in Romania. The Romanian version for children joins a great European story: in the center of the Opera is the story of a Swiss freedom fighter from 1307, who stops a tyrant from Habsburg Austria. The music is composed by Gioachino Rossini, a great Italian composer. The libretto follows the writings of the German Friedrich Schiller. The premiere of the opera takes place in Paris, in 1829. The old Swiss saga is also found in the northern countries of Europe. I do not know of any other opera with several European countries involved.

I consider Rossini's Wilhelm Tell to be the equivalent of a good Netflix movie today: there's a great story, with many moments of action and tension. It is a story with strong women and a wonderful father-son relationship, based on trust. It's also a love story. In the end, good triumphs over evil. Our democratic civilization is saved. Cristina Sârbu and Ana Sârbu wrote a beautiful text for children. Carla Duschka illustrated the book so beautifully. The old Swiss story for a better world received here, in Romania, a new image, full of extraordinary colors.

Why is music education important for children?

I see four reasons for this. First of all, there is a pedagogical reason. Let me explain: In Switzerland, we strongly believe that an intense concern for music contributes to the well-being of children. Singing, music and dancing together, as well as training in reading notes and listening to music promote the ability to concentrate. Stimulates memory and language skills. It increases the joy of life, which also has an effect on school motivation. Music allows special access to education. This is especially true for those students who see school as threatening and react with rebellion, withdrawal or refusal.

Third, there is a legal reason for this. We have mentioned above all the pedagogical and neurological benefits. Motivated by these great benefits, the Swiss people voted in 2012 to introduce the promotion of music education in Article 67a of the Swiss Constitution. There is a national consensus in Switzerland on the importance of music: it is considered just as important for people as clean air and clean water.

Fourthly, I think that music makes us very good listeners. And once you open your ears, you may begin to understand musical compositions even more deeply. By doing so, you will enjoy music so much that you may come to the same conclusion: without music, life would be a mistake.

How do you generally characterize the Classic is Fantastic project?

Classic is fantastic is a wonderful project in the Romanian education landscape. It is very carefully organized and opens the hearts of many young readers to discover great European works of music, literature and philosophy. The beauty of the books is at the height of the beauty of the project. It's what I like: classic and fantastic!