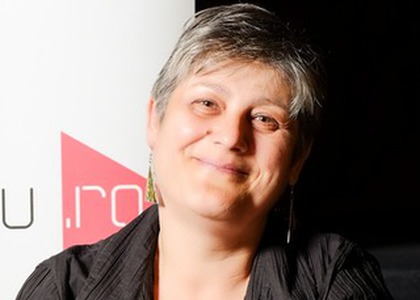 The Mihail Jora Philharmonic in Bacău has continued its activity over the last year, like other cultural institutions in the country, despite the pandemic. We find out more about the efforts made in this context and about the future plans from the artistic director of the institution, Ozana Kalmuski Zarea, in an interview by Petre Fugaciu.

I notice that you try to keep the average at one concert a week, although it wasn't always possible. First of all, I would like to know, how were these efforts received by the public of the institution?

As you well know, it was not a fast and comfortable period for anyone, and not only for us, all over the world. I had a lot of plans. Many were related to Beethoven's birthday. They did not materialize in the scheduled data. We had concerts until March, the activity at the "Mihail Jora" Philharmonic in Bacău is very intense, in the sense that there is not one concert per week, there are usually two concerts with different program or a concert and a recital, music is made the room. We had to reorganize and reschedule those who were included in the season for later dates. For the most part, they're back now. Until September, we had a few, say, musical afternoons, outdoors, with the participation, mainly, of the philharmonic ensembles and ensembles that we were able to organize at the philharmonic. From September until today, with online or public alternations, we have managed to do what we set out to do. Now we have finished with the period of 30 or 50% with the public, as you well know and we do the concerts and broadcast them, broadcast live on the Facebook page of the Philharmonic. This week, on Monday, I had an exceptional recital with the pianist Viniciu Moroianu, a recital in which the whole celebration of this year was foreshadowed, because the philharmonic named after Mihail Jora, celebrates 65 years.

Let's talk about the next concerts in the philharmonic program. What are their general coordinates? I saw for example that there are concerts with 100% Romanian programs.

It is, in fact, a custom of the Bacău Philharmonic, a custom imprinted by maestro Ovidiu Bălan, who since 1968 has been the permanent conductor of the orchestra. He was also director until 2007. He is now honorary director and conductor. There is also Valentin Doni, the second conductor of the orchestra. Therefore, this orchestra had two coordinates: Romanian music and supporting and encouraging young talents. We have here a festival called Enescu - Orfeul Moldav, which is held in Tescani and Bacău, the first new music festival in Romania - "Days of contemporary music", organized by composer Liviu Dănceanu and the season, practically, along with concerts and recitals I mentioned to you, this year it is adorned with festive clothes, 65 years of existence. Five years ago when I celebrated the Philharmonic, I wrote a book, Harmonic Relief. Under the sign of Jora and it was an opportunity to research the entire creation of Jora and I make this statement for the fact that this year we celebrate 130 years since the birth of the composer and 50 years since his death. Then I lamented in lines and wrote, what a pity that the day of Master Jora, August 2, can never be the beginning of the season. We can't give him a proper concert, because, you know, August is a holiday season for everyone. God listened to my prayer this year as well, being the 65th anniversary of the Philharmonic, at the Athenaeum I imagined a series of four musical evenings, which would include both the opening of the season, so this will be somewhere at the end of September, and in these four evenings to include a symphonic concert, conducted by Ovidiu Bălan, then an evening of recital with Ilinca Dumitrescu, who was the last disciple of maestro Jora, an evening of the Tescana orchestra, the chamber orchestra from Bacău and an evening of chamber music groups, from here, from Bacău.