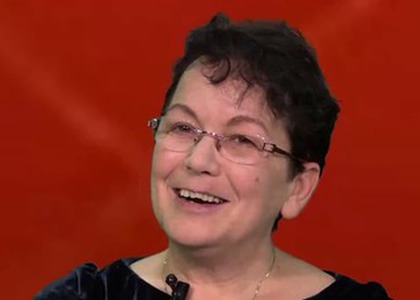 The Tuesday Evening Season from the Romanian Athenaeum continues with a harp recital by Maria Angela Oancea and Ingrid Roman, with clarinettist Ioana Tomescu as an invitee. The recital can be followed starting at 7 PM, on the online platforms of the" George Enescu" National Philharmonic and the Facebook page of Radio Romania Music.

During the Tuesday Evening Season, there will be a recital without an audience, performed by harpists Maria Angela Oancea and Ingrid Roman, with clarinettist Ioana Tomescu as an invitee. Mrs Maria Bâldea, as the professor of the young interpreters, tell us how did they feel about the recital unfolding in such a way?

It's a great gift for us to play in the Small Hall of the Romanian Athenaeum in Bucharest. Firstly, this Hall is a temple of chamber music, an acoustic gem. It's the perfect place for the acoustic display of the harp. For three days straight, the children have been rehearsing in this Hall. Even if there is no audience in the Hall, the contact with the stage is an almost sacred event for a musician. Therefore, this symbolism of the scene, the energetic charge of the Hall in which great musicians played, is an exceptional gift for us.

The programme consists of various works by composers like Odette Le Dentu, Charles Bochsa, Donato Lovreglio, and others. How did you come up with this programme?

The programme was imposed by the children's educational level; those are the works they had to come up with for different contests and exams. We had to choose among the things we had been working on. In the case of Angela, three compositions were performed on the Celtic harp, but they will be performed on a concert harp now. The Variations on a Theme by Mozart is a composition of great virtuosity for the Celtic harp, the more so when it comes to the pedal harp. There will also be several Marțian Negrea's compositions, which will be Angela's first attempts to interpret specific Romanian music intended for a higher education level. So we'll listen to Minuet and Little Story, perfectly written for harp. MarțianNegrea knew the instrument very well. The third composition, which Angela will perform, is the one that had to be performed in the "Glowing Harp" International Contest in Ukraine, namely, Memory by Skoryk. It's a romantic miniature with Slavic influences, a song that speaks about a memory. We will close Angela's recital with Wagenseil's Concerto for Harp, which, in our case, will be presented by two harps. It will be me who will accompany her. Ingrid will come up with an Etude of great virtuosity by Bochsa, an etude that has been imposed for the faculty admission exam for more than half of a century. Then will follow Handel's Harp Concerto, Part I, in Grandjany's interpretation, after which Ingrid will close her part of the programme with Variations on a Theme by Mozart, composed by Glinka, a part in which we have, once again, romantic music with Slavic inflections, a genuine musical embroidery of the most delicate quality, which requires an extremely high accuracy. The last piece will be the Fantaisie on Themes from La Traviata, performed alongside Ioana.