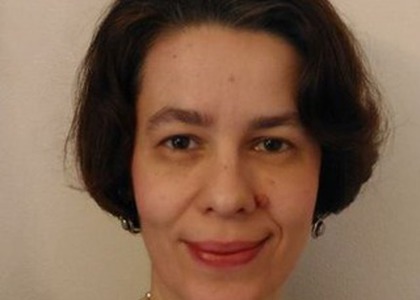 Professor Olguța Lupu, we are at the end of the 2021 edition of the CHEI Festival, which will end with the award ceremony of the national student composition competitions, music theory, musicology and interpretation of Byzantine music. How did each contest take place, given the situation imposed by the pandemic?

For the first time, the format of the festival is unique, meaning it is online. The award ceremonies will be broadcast on the UNMB youtube channel. Of course it was a challenge for all of us. This whole year has been completely atypical. We and the students have always tried to find solutions and continue to evolve, because that was the most important thing, to continue to evolve together and I think we must emphasize the effort of everyone, our efforts and those of students, not only in the competitions, but throughout this atypical year. Basically, what seemed impossible last year has become a reality this year. I would like to thank all the teachers involved in the competitions and I would also like to list the members of the juries and those who coordinated the organization (the organization and development of a competition involves a lot of work and involvement) namely, in the case of the composition contest, Ștefan Niculescu, Mr. Dan Dediu the president of the jury of the 2020 edition and Mrs. Doina Rotaru, Mr. Sorin Lerescu. For the 2021 edition, the president, Mrs. Doina Rotaru and the jury included Sorin Lerescu and Irinel Anghel, both editions being coordinated by Diana Rotaru.For the national musicology competition, for both editions, last year's and this year's, the jury included Mrs. Valentina Sandu Dediu, as president, Mrs. Laura Vasiliu, from the University of Arts in Iasi and Mr. Gabriel Banciu from the Academy from Cluj Napoca, the coordinator being Irina Boga. At the music theory contest, the jury was made up of the one who speaks to you, Olguța Lupu, Grigore Cudalbu, Tatiana Hilca, Mihai Morariu, and the organizing committee included doctoral students Sorin Marinescu and Bogdan Pintilie, and the jury of the Byzantine music performance contest, in its first edition, was composed of Nicolae Gheorghiță president, Gabriel Oprea and Adrian Sârbu, the last of them being from the University of Iași, and Cătălin Cernătescu was also part of the organizing committee. Given the pandemic conditions that took us all by surprise, last year two of the competitions took place, but the awards ceremony did not take place and therefore, for the composition and musicology competitions, this year will award prizes for both editions.

What is the competition for which the students showed the greatest interest?

They were equally interested in all the competitions. What I mean is that there was a nearly equal number of participants in all four competitions. What is important is that we want to promote a culture of excellence through these competitions, but I want to emphasize that this does not mean that we are in favor of a competitive attitude. In fact, what we encourage is everyone's competition with themselves. This effort of self-transcendence and of course, doubled by collegiality, so respect for the performance of others. I believe that without these special human qualities, professional performance would not be the same.It is a great, great joy for teachers to contribute to their development, to see them progress and not only professionally, but also as people. And their performance, after all, represents our fulfillment, as teachers. In these competitions, despite the online environment in which they took place, there is a lot of emotion, extreme rivalry, enthusiasm, on both sides (teachers and competitors), because there is mutual help, we are all a team and are sure that they will be able to transmit to the public this emotion, this joy, alongside with something, maybe from the story behind these awards.

Finally, can you tell us the names of those who won the first prize?

I can't reveal the names of the laureates. I invite you to find out by watching the awards ceremony. That's all I can reveal in the preview that they are not just students of the National University of Music in Bucharest, because we encourage excellence, regardless of the origin of the competitors.